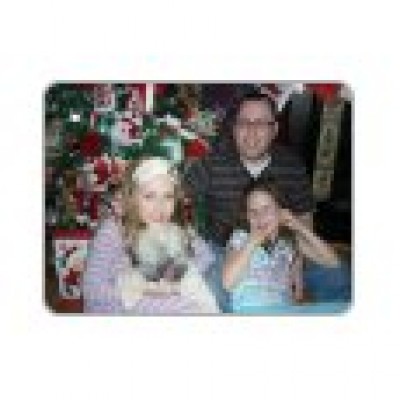 I was born in...well, a while back. I spent most of my early years growing up on my Grandad's farm in Donegal, Ireland. The farm was in the middle of nowhere, the closest town over 10 miles away down a country track.
We didn't have running water, so every morning old Willie Lyons would get on his bike, with a bucket on each handlebar as he rode up the hill to fill them from the spring. Not a tap, a real genuine mountain spring.
Growing up, I spent every summer there, exploring the surrounding countryside. Even back then I used to imagine faeries and monsters, with the trolls always living under the bridge on the way up to the spring. Willie was getting old now, so I fetched the water.
My Grandad is long gone now, but the farm is still there. I still know the owners and I still take my kids out there from time to time. The roads haven't got much better, but it's worth it to walk the old fields again, and show them where I played as a boy.
My first 'proper' job was as an apprentice, building aircraft with a company called Shorts Brothers in Belfast. I then went on to join the Royal Air Force. I always joke that my first job was building planes, but my second was shooting them down.
I traveled a fair bit with the RAF, but now I'm back on civvy street, living in Belfast, Northern Ireland, with my wife, two girls and a dog.
I started writing when my youngest daughter informed me that she was getting too old for bedtime stories. You see, I'd been making up a different one each night for both of them for years. I was devastated. What was I to do with all this nonsense in my head?
So I began to write.
'Souls of the Never' is my first book in a series I call 'Tales of the Neverwar', but I've gone on to write 'Origins of the Never', a novella prequel to Souls. Book Two, Worlds of the Never is done, and book three, War of the Never.


Souls of the Never

Something wants our world...and it’s coming through her to get it!
Katheryne, a kick-ass Irish heroine, and Derren, her dimension-hopping boyfriend, along with a ragged team of misfits, are pitted against the powers of darkness; powers that want to free magic – and their malevolent god – from its ancient prison.

The fate of two worlds lies in their hands, so cue time-travel. Cue epic battles. Cue re-runs of Friends…Hey, even heroes have down time.

Souls of the Never will have you on the edge of your seat in the breakneck adventure through science and fantasy, where two worlds battle to save reality…and the SUPER BOWL final.