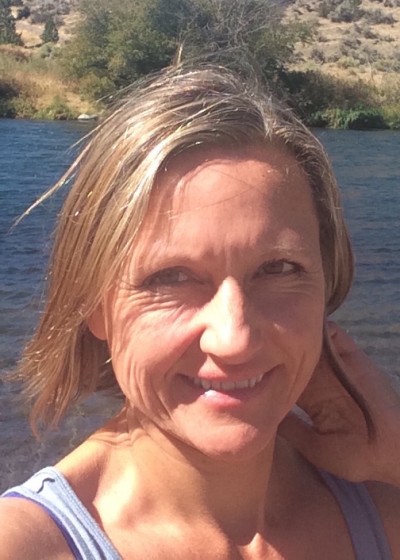 The Monteros of Valencia are Spain's most exalted of aristocratic families--so why do they keep winding up in scandals?
Carrying on from Dani Collins' wildly successful baby swap duet, she revisits the Monteros with two more siblings, Rico and Pia, each with a surprise baby!
Enjoy samplers from the original baby swap and a sneak peek at what's coming in 2019 for the rest of the Montero clan.

Gisella and Rozalia are cousins, jewelry designers, and equally obsessed with finding their grandmother’s heirloom earrings.

One was sold in Hungary to secure their grandmother’s passage to America. The second one was sold to finance the family jewelry store, Barsi on Fifth.

At thirteen, along with making a pact to find them, the girls swore to remain virgins until they fell in love. Then they meet Kaine and Viktor, each in possession of on missing earring...

Located in the Montana Rockies, where the snow is like talc and the jagged peaks under blue skies breath-taking, Blue Spruce Lodge is a five-star destination for jetsetters seeking ski-in/ski out accommodation on the newly restored Whiskey Jack Ski Resort.

Or it will be, just as soon as the Johansson brothers, alpine and snowboard champions, find someone to renovate the lodge, dig the resort out from an old avalanche, conquer the protests of hostile locals, and hopefully avoid killing each other in the process.

There is absolutely no room for love at this inn. Or is there?

Welcome to Marietta, where even newcomers feel at home…

These sexy, sweet small town romances can be read as stand-alone, but characters pop up in future stories, living their happily ever after.

This sampler contains the five Love in Montana books along with a related book, Scorch, which takes place in Glacier Creek, and a bonus excerpt from my new series, Blue Spruce Lodge. Enjoy!

The Sauveterre Twins were media darlings, adored by all for their remarkable resemblance and charmed lives. But when the girls were just nine, one was kidnapped--leaving scars on the entire family that are still felt today.

Book One: Angelique is still protective of her twin, but Kasim is determined to have her all to himself!
Book Two: Determined never to be a target, Henri refuses to marry--until his mistress turns up pregnant, with twins!
Book Three: Ramon brutally crushed Isidora's girlhood crush on him, but now he needs her. She's not ready to forgive.
Book Four: Trella, the reclusive twin, winds up pregnant! How? Xavier thinks it could be his heir, but she's not telling.

Their whole lives, they have done their duty and commanded everything in their sight. But after a mix-up at the hospital, they're left holding the wrong baby. Theirs lives are turned upside down in a heartbeat.

With their heirs back in their rightful places and their legacies ensured, the only thing left to secure...are their brides!

This baby swap duet is one of Dani's most popular miniseries to date.

Some of Dani's romances feature billionaires and virgins in glamorous, international settings. Others are down-to-earth folk living in Montana. Some stories are sweet , others are sexy and passionate. This sampler provides the first two chapters of all Dani's Christmas-themed romances, two which are new in 2018.

Book One:
Paige Fogarty never believed Liebe Falls’ golden boy, Sterling Roy, could want a No Good Fogarty, but one magical night, they kissed—ruining her already murky reputation. Fifteen years later, she’s still shunned, and now she’s forced to work with him. Is it a second chance? Not in her wildest dreams.

Book Two:
When Mercedes Kimball’s sister abandons her children, Mercedes takes in her confused niece and nephew, jeopardizing the job she loves at a retirement community. The sexy new handyman, LC Fogarty, promises to fix anything, but he can't fix this. Besides, LC has a secret back home that Mercedes won't forgive.

I had numerous requests for an epilogue for The Russian's Acquisition so I wrote one with a Christmas theme, showing them enjoying their Happily Ever After with their young family. This is a sexy short story that can be read alone.

If you'd like to read the book first, visit my book page for the links: http://danicollins.com/books/the-russians-acquisition/

Book Blurb: Aleksy Dmitriev is after the ultimate revenge. His plan backfires when he discovers that his new mistress, Clair Daniels, is a virgin who could not have been her former employer's lover. Revenge may be out the window, but that won't stop Aleksy from enjoying his latest acquisition.

She gave him her virginity and he broke her heart.

Website designer Chelsea Parks grew up believing she would marry her best friend’s brother, but hasn't seen him since college. Now she’s maid of honor at his sister’s wedding, but she doesn’t expect to sit next to him on the plane to California. Good thing she’s so completely over him.

Architect Gavin Fairfield knows he screwed up, but he’s matured since then. Standing in as Father Of The Bride because his dad recently passed, he’s reassessing his future and wants another chance.

Chelsea might succumb to a fling for old time’s sake, but real relationship aren’t built on a weekend of nostalgia. Are they?


Hustled To The Altar

One con artist bride. One cocky ex-lover. One chance to sting a thief...

A reformed grifter, Renny O'Laughlin, thinks marriage will make an honest woman of her, but the day before her wedding, she discovers her employer has been duped. Her conscience demands she make things right--which means visiting her ex.

Playboy Conroy Burke never loses, but he lost Renny. When she tells him how his Gran was tricked, he sees a chance to win back his wildcard. It's a simple matter of setting up a swindler, avoiding inept kidnappers, and facing his nemesis--today.

Sass and sparks fly as one small detour becomes a madcap adventure and devolves into a life-threatening encounter with serious criminals. She's supposed to get married tomorrow, but maybe she'll go to jail--if she survives at all.