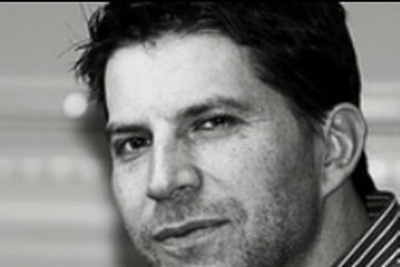 Deek did not set out to be a writer. Originally, he wanted to follow father’s path as a career military man and fly for the Air Force. So, Deek spent two years in high school preparing for the ROTC. During a routine check-in, his recruiter asked about any handicaps, to which Deek jokingly replied he was colorblind. The recruiter got a funny look on his face and informed Deek that the closest he’d ever get to the pilot’s seat was from the scheduling office. Um no.


​After that, Deek focused on his love for music--touring with a local rock band and majoring in the art in college. Unfortunately he didn’t enjoy the life of a pauper, so he started secondary school over. Ten years later, he walked across the stage with a computer science degree. He now slings web and database code to satisfy his inner geek (and to pay the bills, of course).

Though he loves his job and the people he works with, Deek has been enthralled by the written word and storytelling since he picked up his first Stephen King novel, It. On his way to work one day, a scene so vivid flashed through his mind that he felt compelled to pull over and put it to paper. Having neither quill nor parchment in which to document the image, he laboriously pecked out the first chapter of 122 Rules on his phone.

A transplant from a rainy pocket in the Pacific Northwest, Deek now lives in a sultry corner of the US of A where the sun shines bright, the sweet tea flows, and the hush puppies are hot and delicious. He and his brilliant, but stunning author bride, Erin Rhew, live a simple life with their writing assistant, a fat tabby named Trinity. They enjoy lingering in the mornings, and often late into the night, caught up Erin’s fantastic fantasy worlds of noble princes and knights and entwined in Deek’s dark underworld of the FBI and drug lords.