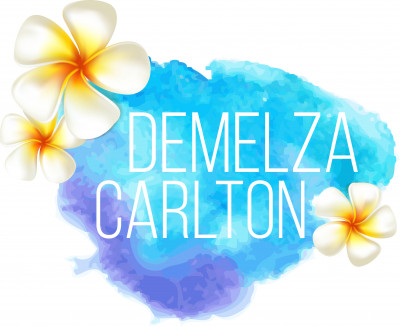 Demelza Carlton has always loved the ocean, but on her first snorkelling trip she found she was afraid of fish.
She has since swum with sea lions, sharks and sea cucumbers and stood on spray-drenched cliffs over a seething sea as a seven-metre cyclonic swell surged in, shattering a shipwreck below.
Sensationalist spin? No - Demelza tends to take a camera with her so she can capture and share the moment later; shipwrecks, sharks and all.
Demelza now lives in Perth, Western Australia, the shark attack capital of the world.
The Ocean's Gift series was her first foray into fiction, followed by the Nightmares trilogy. She swears the Mel Goes to Hell series ambushed her on a crowded train and wouldn't leave her alone.

Six months ago, Nathan's sister was brutally murdered.
Now the 23-year-old former playboy desires only one thing: revenge.
Late at night, Nathan trudges down the beach where his sister's body was found. He's searching for answers, but all he finds is a new nightmare: another girl's tortured body.
Only this one isn't dead . . . yet.
The unlikely hero becomes the prime suspect. Saving Caitlin's life was just the start. Nathan must win her trust and unlock the memories hidden in her nightmares to find out who's really responsible . . .before it's too late.

George and the Dragon

Princess and the Pea

A Find Your Fate science fiction tale...where YOU are the main character, and YOU choose the story!

Forced to flee your home world, now you're a pilot, fighting in a war for a new home.

In the heat of battle, will you live or die? Discover an alien city, or be captured as a spy?

(And if you don't like the ending...you can always go back to the beginning and choose a different fate!)

Love old school fairytales? The kind that are definitely a bit grimmer than the Disney tales? Then you'll love this one that dates back to 1837.


Maid for the Rock Star

A hot Aussie rock star looking for love. Why did he have to pick HER hotel?
A maid at Romance Island Resort, Audra knows how to handle rock stars, billionaires and celebrities. She keeps their secrets, cleans up their mess and makes sure their holiday is a memorable one. There's just one rule: no relationships with guests. And Audra never breaks the rules.
Jay Felix is rock royalty and he knows it. When one of his bandmates threatens to break up the band, he goes into hiding at the Romance Island Resort. Looking for a distraction, he sets his sights on the unattainable Audra. But what's a rock star to do when the girl he wants is the one woman he can't have?
Welcome to paradise, where the romance is as hot as the weather and the tides aren't all that's surging beneath the surface.


Ali Baba and the Forty Thieves

When young fairy godmother Zoraida finds herself fighting a losing battle with a dragon to save her godson, she's forced to use her magic to flee.
Only to find herself in the middle of a freezing blizzard.
Rescued by a traveller, she faces a new challenge: can they survive the storm to see Christmas morning?