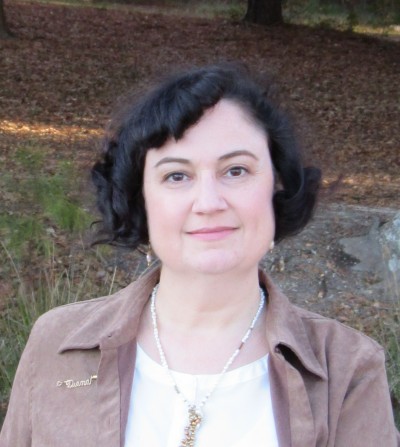 Diana is an indie author living in the balmy climate of the US south with her family and fur babies (a dog, a cat, and a cantankerous rabbit). She enjoys working backstage for her children’s dance productions, sewing, cosplay, and customizing Asian ball jointed dolls to into characters from Feyron.

The idea for Feyron started with a map, a place for her daughter to tell stories and live out storytelling role-playing adventures with her friends. The lore grew around the map, for every world needs lore if you are going to “live” there. The idea for a series, Tales from Feyron, grew out of the lore, for if you’re going to invent a world, you may as well play there too. The stories are continuing to grow through the various historical ages of Feyron and have just started to ripple outwards to the Worlds Beyond touched by magic.

Legacy of Mist and Shadow is the first tale to venture to one of those worlds and was honored with the BRAG Medallion by Indie BRAG in 2015. http://www.bragmedallion.com/about

The Dreamweaver’s Journey and The Guardian Child's Return were honored with the Chill with a Book Readers’ Award in 2017.
http://www.chillwithabook.com/p/chill-with-book-award.html


Tales of the Faie: The Beginning of Days

Every culture has fairy tales, the tales of legend and lore that children hear at bedtime that teach lessons of history and morality, the little bits of truth that keep a culture whole. The Realm of Feyron is no different. Join the youth as they listen to the tales of the beginning days of the Faie.

The first Dreamweaver in three hundred years has come of age. Awakened in the night after a vision, she seeks out the Sacred Fire in the Temple. A voice calls out from the flames, "Dreamweaver, you are summoned." An image appears of an ancient path through the Mists. The Guardians have summoned her on a quest that will take her to the four Realms of Light within Feyron in search of answers and aid.