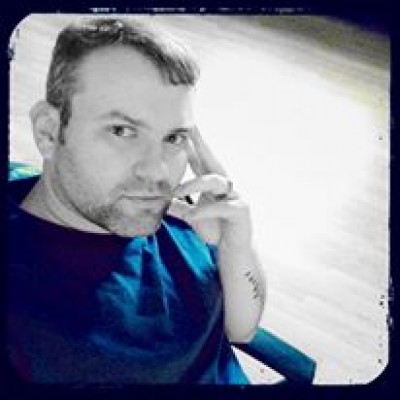 Drew Avera is an active duty Navy veteran and science fiction author. He is best known for his space opera series, The Alorian Wars, and for his short stories in the bestselling anthologies, The Future Chronicles. He lives in Virginia with his wife and kids.

The future is darker than you think!

Serus is a killer. As a policeman he was recruited to be a weapon at the Martian government's disposal. Brainwashed into compliance, he’s lost the life he once had, but his memories remain. When a hit is placed on his sister's life, Serus is faced with the dark reality that in order to save Kara, he must go rogue and doing so will put both of their lives in danger. Forced into an unlikely alliance to save Kara, Serus discovers a truth that could bring Mars to its knees, but what if it's too late?

If you like fast-paced science fiction then immerse yourself into a world controlled by a militant force; where humanity's purpose is to make the rich richer.

If you enjoy cyberpunk novels with a noir feel, then grab Exodus, the first book in The Dead Planet Series, today!

Two kids are stuck on a ship as it plummets towards a moon. Alone with no one to help them, they must act fast to save the ship.