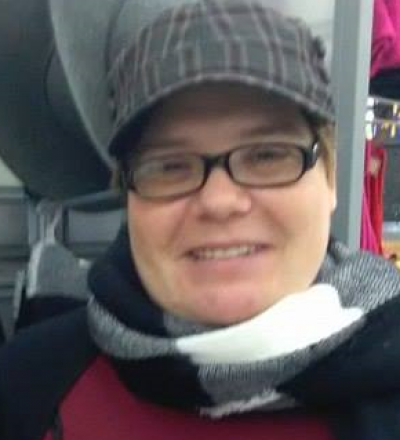 E.A. Copen is the author of the Judah Black novels and the forthcoming space opera, Broken Empire. She’s an avid reader of science fiction, fantasy and other genre fiction. When she’s not chained to her keyboard, she may be found time traveling on the weekends with her SCA friends. She lives in beautiful southeast Ohio with her husband and two kids, at least until she saves up enough to leave the shire and become a Jedi.

No one is above the law.

At least, that’s what federal agent Judah Black believes. Her job is to police supernaturals who have come out of hiding to live alongside humans.

The rest of the cops in her precinct are all too eager to dismiss her latest case, an apparent werewolf suicide. But the suicide note lays the blame on a cold case swept under the rug by the very department Judah works for.
When Judah decides to dig deeper, she uncovers evidence that could bring down one of the most powerful up and coming politicians in the country. Her superiors tell her to leave it alone, that everyone who’s ever crossed this senator was fired or worse—dead. Pursuing this case will place Judah in the center of a growing struggle between humans and the supernatural, and change her life forever.

An ancient evil lurks in the waters of the Concho River.

After a massive storm, flood waters threaten Paint Rock, Texas, home to over three hundred supernaturals. In the water lurks a new predator, a giant, venomous snake shifter with origins in Native American myth. When one of her own is bitten, Judah Black must find a way to hunt down the monster and a cure before the venom kills her friend and more people get hurt.

But nothing's ever simple. To find and catch her prey, she'll have to work with a bounty hunter named Logan Creed whose decades long hunt for the mythical snake borders on obsession. He'll sacrifice everything to complete his hunt, including her family and friends.