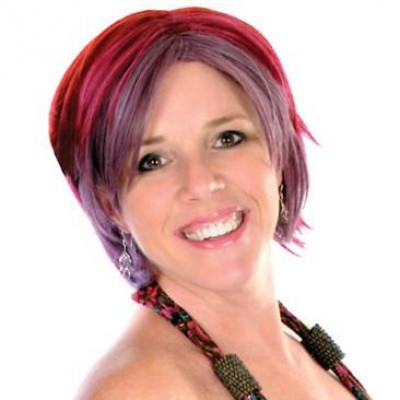 Elicia Hyder is the author of The Soul Summoner Series as well as a few contemporary romances, The Bed She Made and To Be Her first. Elicia studied American Literature and Creative Writing at the American Military University. She lives with her husband and five children in central Florida and spends entirely too much time at Harry Potter World and Disney.

Blessed or cursed with a connection to the souls of others, Sloan Jordan can see the best in people...and the worst. With nothing more than a glance at a photograph, she can judge the living from the dead and the good souls from the evil ones. For twenty-seven years, she's kept her ability a secret, but eleven women have been murdered, and Sloan may be the only hope of finding their killer.

She has just agreed to help Detective Nathan McNamara with the case, when a stranger—who is as alluring as he is terrifying—shows up at her doorstep with a dark past and another puzzling mystery: she can't see his soul at all.

Now Sloan is on the hunt for a deadly psychopath with two irresistible men. One of them would die for her, and the other would kill to keep her safe.

With eleven missing women to find and six high-profile burglary cases to solve, the last thing Detective Nathan McNamara needs in his life is one more complication. And that’s exactly what his recent one-night stand is becoming—complicated. With his heinous lieutenant breathing down his neck for answers and his accidental girlfriend dropping hints for a commitment, Nathan is realizing that his career and his bachelor status are both on the line.

When the burglary cases suddenly escalate to homicide, Nathan must put everything else aside to stop the killer. But this is easier said than done when the blonde from the bar repeatedly shows up at his doorstep and enlists his own mother against him. Now he’s more convinced than ever that his job hangs in the balance and that the Surgeon Genera