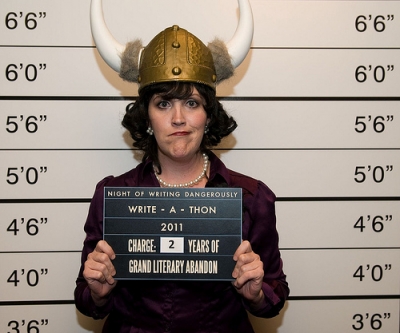 Kate Danley began her writing career as an indie author in 2010. Since then, her books have been published by 47North, she spent five weeks on the USA Today bestseller list, and she has been honored with various awards, including the Garcia Award for Best Fiction Book of the Year (The Woodcutter), McDougall Previews Award for Best Fantasy Book of the Year (Queen Mab), Best of 2014 by Suspense Magazine (M&K Tracking), and the 2017 Utopia Award for Best Anthology of the Year (Once Upon A Kiss - "Galatea & Pygmalion"). Her play Building Madness won the prestigious Panowski Playwriting Award and her play Bureaucrazy was a semi-finalist for the O'Neill National Playwrights Conference. Her works have been produced in New York, Chicago, Los Angeles, Canada, and the UK. She has over 300+ film, television, and theatre credits to her name, and specializes in sketch, improv, and Shakespeare. She wrote sketch for a weekly show in Hollywood and has performed her original stand-up at various clubs in LA. She learned on-camera puppetry from the man who played Mr. Snuffleupagus and performed the head of a 20-foot dinosaur on an NBC pilot. She lost on Hollywood Squares.

Want to know when the next book release is?