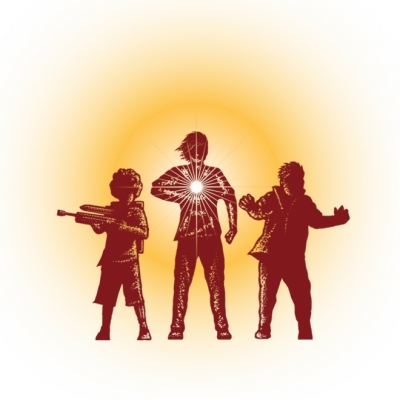 Lewis Kinmond lives in deepest, darkest Scotland with his wife, two daughters, three chickens, and one dog. Originally from an acting background (where he had a different name altogether), Lewis spent sixteen years in theatre, during which he appeared in many London west-end musicals. Later (and still under another name), he moved on to writing comedy, drama, and animation for UK television, contributing scripts to many globally-acclaimed series, including Academy Award Winning productions from both Aardman Animation and the BBC. Now turning his hand to writing fiction, Lewis’s first novel, SAVIOURS DAY, a young adult urban fantasy, was indie-published in December 2017.

"KEEP HIM SAFE. I WILL RETURN FOR HIM."

Return for him. Yeah, right...

Seriously, you really would expect a warrior angel sent from God to keep his word, wouldn't you? Well not this one. Not today. Today Sam and his crew are on their own.

So when the "him" they swear to "keep safe" turns out to be the single most venerated baby in all of human history...

... and the thing they must keep him safe from is no less than a murderous army of razor-taloned monsters spawned from the very pits of Hell...

... well then, now Sam and his two best buds have got themselves a soul-chilling, diaper-filling, impending apocalypse of a problem.