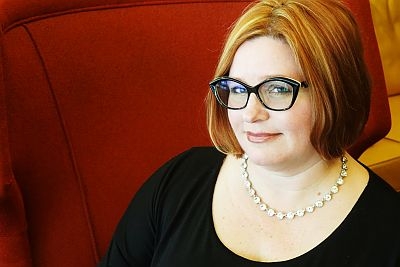 Lisa Manifold is a USA Today Bestselling Author of fantasy,
paranormal, and romance stories. She moved to Colorado as an
adult and has no plans of living anywhere else. She is a consummate
reader, often running late because "Just one more page!"
She writes paranormal romance and urban fantasy because
she really, really wants to live in a world where these kinds of stories happen.

She is a fan of all things Con, and has an entire room devoted to the
costumes created for Cons. She served, until recently, on the board of Rocky
Mountain Fiction Writers as the Independent Published Author
Liaison, and in 2016, was named the RMFW Independent Writer
of the Year.

Lisa is the author of the fae paranormal romance series The
Realm, the Grimm fairy tale retelling Sisters of the Curse series,
the Heart of the Djinn series which follows a free-lance djinn, the
Aumahnee Prophecy urban fantasy series, and the forthcoming
urban fantasy series The Dragon Thief.

She lives as close to the mountains as possible with her husband,
sons, and three attentive dogs.

Fall into the World of The Aumahnee Prophecy...
A powerful witch fighting to right a wrong.
A fae warrior, disgraced and alone.
Little do they know what lies ahead for them both.

Please enjoy this sneak peek of two new stories: MARIGOLD'S TALE and EAMONN'S TALE, a linked set of prequels from the new Aumahnee Prophecy Series. These titles are available on Amazon and are prequels to the first book in the series, WATCHERS OF THE VEIL.

But that’s where Thea, eldest daughter of the King of Gallivas finds herself. She thought she’d be happily giggling with her sisters about her upcoming nuptials. Instead, she is engaged to the wrong prince and under a powerful curse from a very angry witch.

Thea must navigate her overly enthusiastic fiancé, her stubborn father, varying levels of cooperation from her sisters, and the fact that the prince she loves has unknowingly put his own life in danger while she works to discover the secret to breaking the curse of the witch Catrin. All while dancing each night until her slippers are worn and tattered.

Once all she thought about was how she’d live her happily ever. Now she just wants to live.