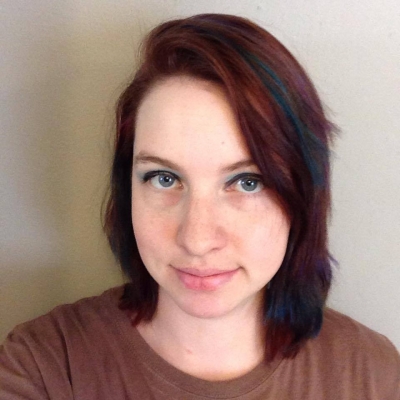 I'm intrigued! downloading this one :)

Mckayla is a great Author, she wanna makes me read more and more...

When it comes to shifters I get always enticed, a very good story with a balanced plot. Everyone should give it a try.

Charlie’s dream of seeing the Northern Lights has turned into a full-blown nightmare of cracking ice and a dead friend. Her best friend survived with the help of a knight in shining armor, well he’s a freaking dragon and Charlie’s world is about to change forever. After crashing into the snow they take shelter in a cave, which only seems to bring problems to the trio’s way. While his light blue eyes bring her in, his words keep pushing her away.

A strong dragon like Stella Herrman never pictured herself unable to complete the bond with her future mate. She refuses to mark the alpha until he bites first but her dragon wants to lay claim to Gerald Baudin, no matter the consequences.

The fear of being experimented on kept Angie from living her life. She wants a mate, something more, but she can't find it hiding in her mother's shadows. She throws caution to the wind on her birthday and heads out to see Aiden, the twin brother she's been kept away from.
Hector doesn’t do long term relationships. Love doesn't like him and he doesn't deserve it. His long list of conquests only proves his quick cycle of women.

Maria planned to become the Mayor of Austin, Nevada but she didn’t expect to get the position by default. As the Interim Mayor, she must meet the local alpha, Derrick. Sparks fly and the imprint bond threatens to destroy everything she has worked for. In her mind a Mayor can’t be compromised and being the alpha’s mate would do just that. Choosing between her career and the alpha will be the hardest choice she has to make.

Being the alpha, Derrick needs to find a mate and have children to pass the alpha gene. When the imprint connects him to a woman who doesn’t want to settle down he must find a way to convince her otherwise. When secrets about Maria’s family pop up, Derrick must keep his cool so Maria will stay safe. Neither his wolf or his human side will let Maria go without a fight.

Carmen’s smart ass mouth might have gotten her into trouble too many times. The Elders call a meeting and Carmen fears it’s all because of her. To her relief, they call for a volunteer to go supervise the new witches down south. She needs to get away from her old coven and prays to the goddess above that the new coven will accept her as a permanent member. She wants to make a good impression with the new witches and hopes she can make a new home in Austin, Nevada. But when she imprints with a wolf and he wants to complete the bond, Carmen balks at the idea of a wolf witch couple. She can't make a good impression on the new coven if she's stuck with a wolf.

Celina only wants her family to be whole again. If she can achieve that then she can be happy again. She leaves Alia with her sister while she goes and search for Pico. But what she finds is a man ready to give up.

Pico doesn’t want to live without his mate but with a daughter who hasn’t shifted, he knows they need a coven. With pack problems arise and a shift in alpha power, Pico must convince Celina it’s ok to stay with him.

Anne and Drake are back! The second in command, Rocco, is murdered and all the clues lead to Drake. Can Anne clear his name before the alpha kills him? Find out in A Valentine Imprint, a sexy werewolf shifter romance.

This book can stand alone but is better after A Christmas Imprint!

Anne never expected to imprint with a werewolf let alone fall in love with him. Once she meets the sexy divorce lawyer, Drake at the office party she finds him almost irresistible. Anne wants to listen to her heart but her head fears all the feelings of love is only due to the imprint bond. With Christmas coming soon she must figure out if her feeling for Drake are real or just part of some wolf magic to bring them together.

Is the universe right for bringing them together? Or is this relationship doomed to fail?