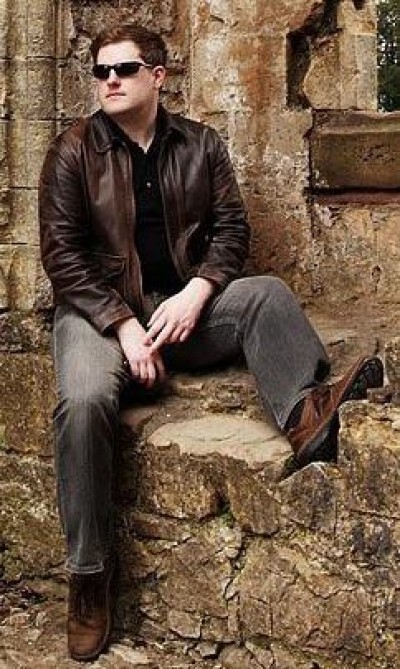 Michael is a science fiction and horror novelist from Monmouthshire, situated right on the border between England and Wales, and has a substantial background in both advanced computing and ancient history, with an emphasis on artificial intelligence, machine learning and Greek military history. Michael started writing back in 2010 and since then has published more than thirty-five novels, with more being released every few months.

His best-selling space opera Star Crusades series has sold in excess of a million copies, and has expanded into multiple new spin-off series including Star Crusader, Black Widows, Mercenaries and many more. This growing saga continues to draw in new fans every month as the Star Crusades universe itself expands. Star Legions is a pseudo historical tale but with a strong science-fiction twist and combines Michael’s expertise in artificial intelligence and machine learning with his life-ling interest in ancient history. As well as a writing science fiction, Michael also writes horror and action fiction, including the popular Zombie Dawn trilogy, co-written with his brother, Nick S. Thomas.

Michael’s academic background is as varied as his writing and he has a first degree in Computing and advanced degrees in Classical Studies and Machine Learning & Adaptive Computing. He has studied in Newport, Bristol and Bath and is also a qualified secondary school teacher in the field of Information Technology. In recent years he has undertaken substantial research in the fields of artificial intelligence as well as Greek and Byzantine military history.

HISTORICAL SWORDSMANSHIP
Michael is the co-founder of the Academy of Historical Fencing, based in the United Kingdom, and currently runs the school with his brother Nick Thomas. The school has over 100 members spread over the two groups, with instructors offering a variety of skills, knowledge and expertise in different weapon forms, combat and research.

Star Crusader: Hero of the Alliance

Nate has a talent for space combat after hundreds of victories in the Star Crusader videogame simulation. His skills are unique, enough to gain him a rare privilege. The chance to join five other Alliance cadets and escape the dull routine of the classroom. They will enter a fierce competition light-years away in the ancient Byotai Empire. Yet days after their arrival a rebellious faction begins a bloody mutiny that spreads like wildfire. The time for competition has ended; the time of war has begun.

A handful of capital ships attempt to avoid the massacre, but only Relentless escapes. Nate and his friends are aboard, part of the few to make it out alive. Relentless is a heavily armoured assault ship, a relic from another age, but most of her crew members are dead or missing.

Siege of Titan is the first book in the epic science fiction series that chronicles humanity's first interstellar confederation that is torn apart by religious strife and extremism.

In the first book of the Star Crusades: Uprising series, the bloody struggle is told through the eyes of an illegal pit fighter named Spartan, who is forced to choose between incarceration or military service. Choosing the Confederate Marine Corps over servitude he begins his thirty long weeks of training. Together with his group of marines, they are honed into a force ready to be thrown into the meat grinder on the newest and greatest planet in the Confederacy, Proxima Prime.

The Iron Fortress: Based on The Incredible True Story of WWI

The incredible story of a British heavy tank trapped before the German trenches. For three days her crew fight against the might of the German Army.

The Allies launch a massive offensive on the Western front, and Captain Richardson, a battlefield veteran of the trenches leads four heavy tanks on a brazen assault through no-man’s-land. It's an attack that could shatter the German defences and create an opening for Allied soldiers to pour through and hasten the end of the war.

One tank after another is destroyed, until just one remains. But in the last moments of battle they’re trapped directly in front of the German front line. The crew can neither advance nor retreat as the tank sinks deeper into the mud, all while shells and bullets rain down all around it.

After decades of civil war and bloodshed, the exhausted Terrans are unprepared for what is coming. An apocalyptic war looms, and few believe it is a war that can be survived, let alone won. As Terran colonies evacuate, the mighty Laconians stand alone against the merciless Empire and its limitless legions. But like the famous 300 Spartans before them, they will fight to the end, no matter the odds, and they will never surrender.

Legions of Orion is the first book in the epic 'Nexus' series, part of the growing Star Crusades universe that chronicles humanity's first steps away from Alpha Centauri and beyond.

A chance discovery on the jungle world of Hyperion leads Alliance scientists on a path to creating a permanent spacebridge to the distant Orion Nebula. In a matter of days, great fleets of military and civilian ships depart for the single greatest expedition since the colonisation of Alpha Centauri. Into this great adventure travel two heroes of the war, retired Marines Spartan and Teresa Morato, and their son Jack. Now senior members of an elite private military corporation, they are at the heart of the Alliance bold new plan.

They are an unstoppable force of mercenaries from every known Terran planet in the Galaxy. They have little in common, other than their love of wealth and adventure, and a bitter hatred for each other. Known simply as the Black Legion, they will blaze a trail of death and destruction that will be remembered for generations. Battle for Cilicia is the first book in the Star Legions series from Michael G. Thomas, the bestselling author of the Star Crusades series. Previously published as the Black Legion series.

Lords of War is the first novel in the bestselling Star Crusades: Mercenaries series that follows the violent struggles of the Alliance, mankind’s first interstellar empire.

Spartan is a living legend, a veteran of the Alliance Marine Corps, victor of a multitude of military campaigns including the horrific Biomech War. He is both loved and reviled by friend and foe alike, and now lives out on the fringes of the Alliance. He has fought for money, for his people and for the very survival of his species, and lost everything in the process. But when two of his closest friends are captured supplying weapons to the desperate Byotai settlers of Karnak, the fight becomes personal.