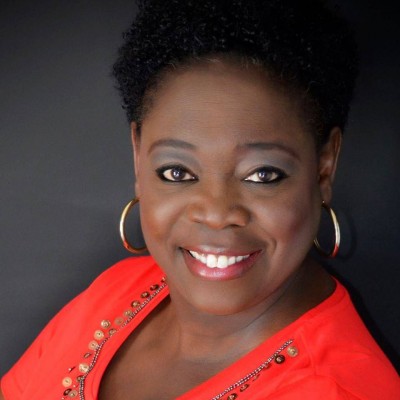 Olivia Gaines is the award winning best selling author of Thursdays in Savannah. She also writes the best selling serial The Blakemore Files. Olivia has been called a “queen of romantic comedy” and her romances are praised as “hilarious, touching, and heartwarming. Highly recommended!”

She lives in Hephzibah, GA with her husband, son and snotty cat, Katness Evermean.

Connect with Olivia on her FB page at http://on.fb.me/1eorEAr or her website at http://ogaines.com

Mr. Slow took his time in life. Love, family, and the job were functions performed by the man he needed to be. A phone call in the middle of the night transformed him into the man he’d always wanted to be. Everything he ever wanted for himself was within his grasp, but he was reluctant to reach for the happily ever after he craved.

Abigail Barnes was the cherry on top of the ideal sundae. A woman who is not willing to be tied down by any man, for any reason. When her cousin goes missing, she makes the one phone she’s been dreading for nearly five years. She needed to call the man who turned her emotions on end, making her want all the things life didn’t have time to give her, but she needed his help.

Arriving in the middle of the night to help the woman who made him lose sleep, he discovered the two of them shared more than three hot nights in a cheap hotel in Mexico.

Prepare to turn the pages and learn of the man the technicians call Mr. Slow, but also the man, Gabriel Neary, the A

One weekend at an exclusive resort would either fix their marriage or ruin it.
Add in a sexy bartender named Diego and a sideways fantasy, and Franklin & Mia’s life will forever be changed.


Prado Sloe and the Case of the Merger (series Intro)

Keisha Prado needed a partner. At the insistence of her cousin, Deidre, she sets out to find one Rami Sloeinsky. What she finds is a man falling off a bar stool in a local eatery.
Rami Sloeinsky has an inner ear issue which impacts his balance and ability to only hear the things which sound good to him.
Partnering his family's longstanding investigation business with a sharp cookie like Keisha Prado sounded pretty good.
The name is just the beginning of their story.


A Walk Through Endurance- Series Intro

Abel Burney hated flying and today he was stuck on a plane with the worst turbulence he’d ever experienced. Grabbing the hand of the attractive lady next to him for comfort, his fears soon abated. It didn’t take long for Abel to realize she had a calming effect on him overall.

Julie Kratzner was on assignment for a year to cover the Endurance Capital of the world, sporting events. The small town was charming, but not as charming as Abel Burney. He came to her rescue more than once showing her that life and the small things needed to be enjoyed.

Come take a walk through Endurance and fall in love with the little moments which make life oh so big.


A Return to Endurance

Welcome back to Endurance. The Award-Winning series is back this Father’s Day
to catch up on the town’s favorites as well as find love for two more of its residents.
Kenny, your favorite local trash collector, finds a new treasure that may be more than he can handle.
Then come on over and meet our next town folks. The scene of a wedding kicks off the first kiss, between Hank Stewart and the lady creating sparks that just won’t
stop.
Come back to our lovely town to learn of the fates of these couples and Kelby and Hank’s discovery of being all out of love. Kenny can survive the changes as long with finding himself growing a load of patience for enduring Emily.

Emily Perkins was a know it all, starting each sentence, even when not prompted with, "well, if you asked me…"

Usually, no one asked Emily for the two cents she volunteered to share, especially Kenny Wiles, the local trash collector.

His life changes one afternoon, and he needs helps to sort through the collection of rubbish left at his doorstep.

Emily wants to have friendships along with a stable relationship if she would just learn to holster her tongue.

Fates intertwine as we head back to Endurance to peer into the blossoming relationship between these two colliding stars. Emily soon learns that Kenny is more than just a trash collector, and he learns patience in enduring Emily.

The matchmaking, mail order bride lady set them up on a date with free tickets to a Vegas show. A reckless passionate night, a few sleepovers and fast forward three months later, Isiah Neary wasn't surprised by the phone call from DeShondra Leman.
He knew it was coming.
He expected it.
Isiah just didn't expect it to be so much damned fun.

Fall in love with DeShondra and Isiah, a man known as Bleu, with a fixation on perfect grass and a great glass of Bourbon as we close out the Neary Saga. Bleu, grass, bourbon, but there is so much more to this man as DeShondra finds out.

Jamar Smalls has just won the lottery. Since he was a child, somewhere in the back of his mind sat a budding vision of a very pleasant new life.

He has 197 million ways to make his dream come true. He starts by building a town.