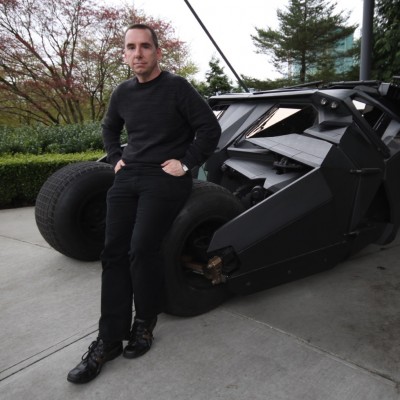 Philip Harris was born in England but now lives in Canada where he works for a large video game developer. Not content with creating imaginary worlds for a living, he spends his spare time indulging his love of writing.

His published books include the Leah King Trilogy and an homage to the old pulp science fiction serials - Glitch Mitchell and the Unseen Planet. His short fiction has appeared in numerous anthologies and magazines including The Jurassic Chronicles, Tales from the Canyons of the Damned, Bones, Uncommon Minds, The Anthology of European SF, and Peeping Tom. His next release is the first in a gripping new zombie series - Serial Killer Z.

He has also worked as security for Darth Vader.

Every patient zero needs a doctor.

Edward Taylor just killed a man. It wasn’t the first time but it could be the last. For the last twenty years, he’s been careful, hiding his true self behind a mask of humanity. But now someone out there knows what Edward is, and he has no idea what they’re planning to do with that knowledge.

When he’s approached by a journalist working to bring down controversial research lab, Hunter Neurologics, Edward’s personal and work life collide. Cornered, and with his paranoia growing, he’s forced to take action and triggers a sequence of events that might just unleash a plague of the dead on the world.

War has raged for over 160 years, the reasons for the conflict long since forgotten. Violent gangs roam the streets of a city in chaos, preying on the innocent and the careless. Friends die. Family die.

But there are worse things in the darkness. Worse things beyond the curfew.

One moment can change your life.

For husband and wife team, Alex and Lisa, the trip across the volcanoes of Mars is a chance to escape the monotony of life at Gale Crater. But now they've found something, or someone, and everything is about to change.