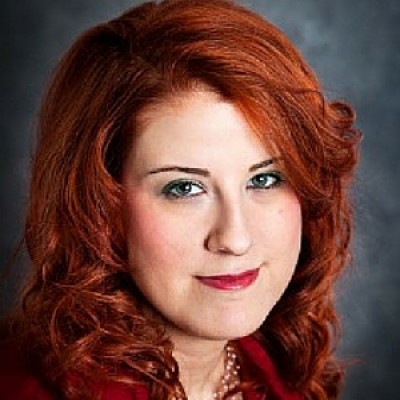 Samantha grew up in a small town in Iowa but became an expat for her Canadian husband, whom she met in the Massive Multi-player Online Role-Playing Game Star Wars: Galaxies (before the NGE, of course). She holds a B.S. in Physics, which qualifies her to B.S. about physics and occasionally do some math for the sci-fi stories she concocts. Her dark, thought-provoking science fiction & fantasy contains flawed, relatable characters and themes that challenge the status quo.

Her short fiction has appeared in AE and Grievous Angel and is forthcoming from Evil Girlfriend Media's Speculate!. Her debut novel, Guarding Angel, received an honorable mention in the 23rd Annual Writer’s Digest Self-Published Book Awards. The sequel, Reaping Angel, is out now.

Guardian angel Enael must confront her inability to protect her wards when a demon interferes in their lives.