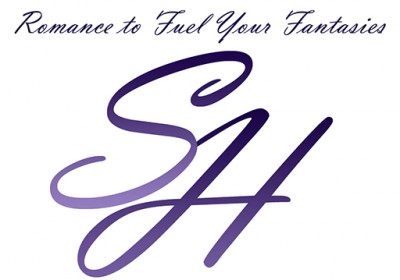 Susan lives out on the Canadian west coast surrounded by open water, dear family, and good friends. She’s jumped out of perfectly good airplanes on purpose and accidently swum with sharks on the Great Barrier Reef.

If the world ends, she plans to survive as the spunky, comedic sidekick to the heroes of the new world, because she’s too damned short and out of shape to make it on her own for long.

Her twin might have surrendered to the enemy, but Max will never stop fighting the alien warriors that conquered Earth.

She’s the leader of a rebel army determined to fight for freedom and the future of the human race. The Tolath are her enemies, and she will never surrender to any of them… especially not to him.

Warr is coming… He let her escape him once. She won’t get away again.

Warr caught her scent once, and he’ll never forget it. Whoever she is, wherever she is, he’ll find her. And when he does he will learn all her secrets and teach her the consequences of running from a Tolathian general.

His mission - retrieve his target and bring her back untouched and unclaimed. But no plan survives contact with the enemy...

He’s everything she knows to fear… but the alien warrior is her one chance to survive.

Injured, lost, and on her own, Savannah is at breaking point when help finally arrives. His name is Rath, and he’s one of the enemy… only he doesn’t act like it. He’s sexy, gentle, and his touch makes her ache for things she’s never wanted before...

He’s one of the beasts that conquered Earth - a dangerous alien in the service of a cruel and powerful Overseer. If he claims her, she’ll lose everything. So why does she yearn for his
touch?

She’d do anything to find her daughter - even make a bargain with a beast.

Leia wants nothing to do with the aliens who invaded Earth. They’re powerful, dangerous creatures who are a threat to every surviving human, especially women like her.

When alien raiders take her daughter, she’s left with only one chance to see her again. Find one of the aliens and offer him a deal.

She never expected the beast she found would be the new Overseer’s personal bodyguard. And she never imagined what would happen when she agreed to be claimed by an alien warrior named Var...