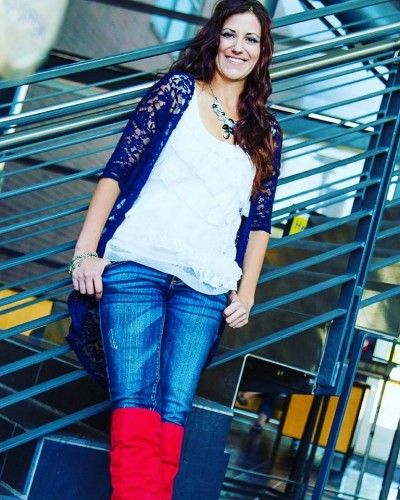 Wendy Knight is the award-winning, bestselling author of the young adult series Fate on Fire and Riders of Paradesos. She was born and raised in Utah by a wonderful family who spoiled her rotten because she was the baby. Now she spends her time driving her husband crazy with her many eccentricities (no water after five, terror when faced with a live phone call, no touching the knives…you get the idea). She also enjoys chasing her three adorable kids, playing tennis, watching football, reading, and hiking. Camping is also big—her family is slowly working toward a goal of seeing all the National Parks in the U.S.
You can usually find her with at least one Pepsi nearby, wearing ridiculously high heels for whatever the occasion. And if everything works out just right, she will also be writing.

“You shouldn’t have given up to save me. We didn’t both have to die.”
“But who am I, without you? What is darkness, without light?”

Fate and Destiny have been fighting for months, searching for the monster that nearly killed them and trying to save all the newly freed witches.
But there are traitors in their midst, ones with a plan so predatory it could topple the coven completely. Between them and the warlocks, it will take more than the power of light and darkness to save the day.
There’s a legendary spell that no one believes exists, and they have to find it. Because without the power of their ancestors, there’s no way they’ll survive this.

Seventeen-year-old Phoenyx was taken by the aliens who were supposed to save humanity. But Phoenyx didn’t die. She escaped.
Changed, different. Terrifying.
Now she protects the people she used to call neighbors and friends, despite the fact that they don’t trust her. She looks like the aliens—beautiful, strong, and winged. And that’s why those she protects want her dead.
She doesn’t blame them.
All the while, she’s searching for Cole, the boy whose arms she was ripped from the night she was taken. When he shows up at their compound with a new love, everything Phoenyx has been fighting for is turned on its head, and she has to figure out what side she’s really on and who she really is before she loses herself completely.
Never trust beautiful things.


Princess of the Damned Sneak Peek

What do you do when the face in the mirror isn’t yours?
Landon has never seen his own reflection. He saw hers instead. He grew up watching this girl in the mirror grow with him. Grew up memorizing every feature, every movement, every horror she endured. He can see into her palace, into the darkness she’s trapped in.
When he was little, he told his parents about her. They thought she was an imaginary friend, and they humored him.
But she didn’t go away.
And when Landon was seventeen, he fell in love with her.
She is a captive of the Queen of the Damned.
Now he’ll risk everything to try to save her—his life, his home, his entire world.
Bloody Mary
The queen in the mirror.
Bloody Mary
Waiting to steal your soul.
Bloody Ma…

Fate thought the prophecy was over. She graduated high school, made big plans with her family and her boyfriend to travel the world, and got a full-ride scholarship for college in the fall.
Despite blowing up the chemistry lab twice.
But all that changes when the witches show up, because the war they thought they won is just beginning and without Fate and Destiny leading the way, it’s a war they will all lose. Unfortunately, the coven wants them to lead separate teams. Like they somehow don’t realize Fate works better with her sister by her side.
Oh, and Damien.
Damien isn’t going to let the girl he loves face these odds alone. In fact, he’ll risk everything, even her, to help win this battle and keep her alive. Damien makes an impossible choice, one that will change them all.

Destiny doesn't think she's anything special. The daughter of an outcast witch. Her twin, Fate, is her best friend, so that's awesome. They're experts in love potions and selling them to crazy high school kids.
But that all changes when their school is attacked by warlocks—warlocks who want her power for their own. The attack launches her onto the path the stars have chosen for Destiny, Fate, and their long-lost father.
Oh, and Quin.
Quin, who's the son of a witch, only tolerating Destiny's presence because she can save his mother. Except along the way, that all changes, and he realizes Destiny is everything he never knew he wanted. The only problem is she thinks if love can be made from a potion, it can't be a real thing.
If they survive this, he's going to prove her wrong.