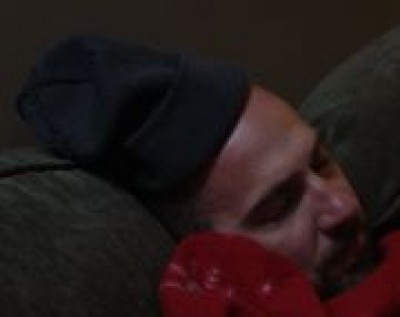 My grandpa never graduated high school. He retired from a steel mill in the mid-70s. He was uneducated, but a voracious reader. As a kid, I’d go through his bookshelves of musty paperback novels, pulling Piers Anthony and Isaac Asimov off the shelf and promising to bring them back. I was fascinated by robots that could think and act like people. What happened when they died?

Writing is sort of a thought experiment to explore human nature and possibilities. What makes us human? What is true nature?


The Making of Socket Greeny

Socket Greeny is not normal.

His funny name and snow-white hair are the least of his problems. When a devious prank goes bad, Socket and his friends realize they are about to lose everything they’ve worked for in the alternate reality universe of virtualmode.

But when the data drain encroaches on Socket’s subconscious memories, some mysterious force erases the event entirely. Subtle clues suggest there's more to him than he knows and will lead him to discover why his mom is always at work. And just how far from normal he is.

The beginning of Socket Greeny’s epic journey to save himself begins with the making. The universe is depending on him.

Memories wiped, their bodies each dropped into a tank. Their consciousness thrown into the Maze—a virtual reality where anyone is anything and anywhere. Battles are fought, riddles are solved. To win a lifetime of riches is escape, one has to escape the Maze. First, they have to remember who they are.

John Lively was a mouth-breather that no one cared about, an over-sized sixth grader voted most likely to see jail. In Harold's opinion, God had wasted a body on John Lively.

Harold was a curious loner that sat in the back of the classroom. Unlike John's family, Harold's parents loved him. They just didn't have time for him. They spent days in the basement working on something that would change the world. Sometimes they were down there for weeks.

Harold was tired of being forgotten and pushed around. So he pushed back.

That day would change the world.

A synthetic stem cell called a biomite can replace any cell in your body. They are infallible. As our percentages of biomites rise, we become stronger, we become smarter and prettier. We become better.

Can we resist the temptation of perfection? Are we still human when our bodies are replaced by synthetic replications?

If biomites exist, laws will be imposed to prevent excess and abuse. Those with 50% biomites will no longer be considered human.

Halfksin: The Vignettes is a compendium of short stories found throughout the Halfskin trilogy, a harbinger of what humanity’s pursuit of perfection may look like.

Drayton once believed he was a vampire. He doesn’t know what he is. Or why he has lived for thousands of years. He takes not his victim’s blood but the silky essence of their soul during their last breath. Often mistaken for the Angel of Death, his victims sometimes ask for forgiveness. Sometimes he delivers. After all, he is not without sin.

Drayton finds Andrew Drummond dying on the roadside. He absorbs the last of his life, but not before Andrew demands vengeance. In those last moments, Drayton understands what Andrew desires. He sees all of his hardships, the crosses he has been forced bear. Drayton will find the source of his suffering. He will show his transgressor Andrew's pain. He will show him the depth and taste of true suffering.


Claus: Legend of the Fat Man

In the early 1800s, Nicholas, Jessica and Jon Santa attempt the first human trek to the North Pole and stumble upon an ancient race of people left over from the Ice Age. They are short, fat and hairy. They slide across the ice on scaly soles and carve their homes in the ice that floats on the Arctic Ocean. The elven are adapted to life in the extreme cold. They are as wise as they are ancient.

Their scientific advancements have yielded great inventions -- time-stopping devices and gravitational spheres that build living snowmen and genetically-modified reindeer that leap great distances. They’ve even unlocked the secrets to aging. For 40,000 years, they have lived in peace.