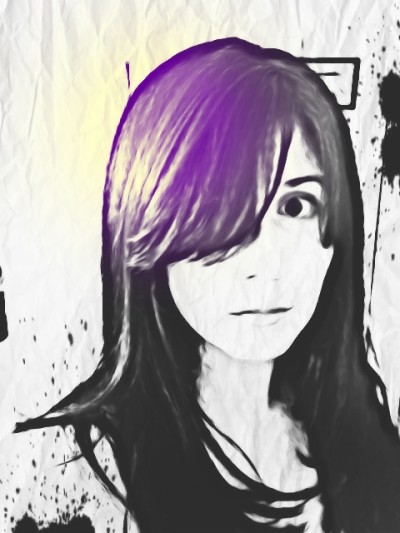 C.B. Stone is sometimes called author, writer, or purveyor of stories. One might even dub her a yarn spinner, if you will. It’s very possible she might be considered just a little left of normal by most, but she’s cool with that. Really, she’s too busy avoiding normal to care. On any given day, you might find Stone pounding away at a keyboard in sunny Florida, contemplating waves, contemplating life, and dreaming up more exciting stories to share with readers. Except Sunday’s of course. Sunday’s are God’s day, so you’ll often find her making her best “joyful noise” with her local church praise team. When not pounding poor fingers to bloody nuggets and reinventing the definition of eye strain, C.B. Stone enjoys living it up, doing the family thing, the kid thing, and the friend thing. And in her downtime, reading the minds of fans.


Desperation (The Island I)

A mysterious island. A utopian haven. Or is it?

“Is it really too much to ask that when a hot guy finds a perfectly awesome girl, washed up on the beach, they be just a little bit amazed and enthralled? Really? I don’t think that’s a lot to ask. Little Mermaid ring any bells, mister?”

Jumping ship in the middle of the ocean probably isn't the wisest move Reagan Rykehart has ever been accused of. When she washes up on a remote beach and finds herself staring into a set of irritable eyes, attached to an even more irritable man, one that happens to be ridiculously attractive, it kinda makes her wish she'd made friends with the sharks. Almost.

Note: This is a PREVIEW of the FIRST FIVE chapters.

Two years ago, Alex woke up to utter chaos and desolation in the wake of a magic-laced bio attack on humanity.

Since then, she’s had one burning goal.

Forced to hide unwanted magical abilities, when she accidentally reveals them, her brother is kidnapped in an attempt to coerce her compliance in aligning with NuGen Society.

Rumored to be responsible for the attacks, NuGen is the leading "mob boss" of various magical factions that have risen in the wake of the destruction, and she'd rather die than work for them.

But if she wants to find her brother, she must make an uneasy alliance with the man sent to recruit her.

Will he become her ally?

Or her biggest weakness?

"My name is Sinna Reardon. I suppose deep down I'd like to believe God exists. But he doesn’t, not since the war. Most days I’m OK with that. Jacob calls me a pessimist, but I’m a realist. How can I Believe when a place like Rehabilitation and a regime like the Elite exist, dictating our every move?

If God were so great, he’d do something. But he hasn’t. We’re forgotten. And that scares me, because it means I might have to do something myself…"

Sinna has spent her life walking a fine line between breaking the rules and obeying them to a fault. In a Godless world where science and logic reign supreme and people are punished for Believing, are friendship and love reasons enough to abandon unbelief? Enough to put her faith in something bigger than herself?


Awakening (Absence of Song I)

Music is forbidden in Silvah City...

Even singing can mean big trouble with the Ministry. But she can't seem to help herself. The melodies in her head must be released, though she doesn't fully understand why.

When the mysterious Noah walks into her life, he changes everything.

Her world is shaken, her eyes are opened.

Thanks to Noah, Jaelynn now understands she is one of the Chosen. And together, they have a mission.

Will they be strong enough to finish it?

Can they go up against the Ministry and prevail? Can they succeed in bringing life back to a dying land, a dying people?

Or will it all be for nothing, and the people perish...?

No, she is not okay…

She wasn’t okay when the ground shook.
It was a nightmare.

She wasn’t okay when he dropped out of sight.
Her heart ripped from her chest.

Then she awakens to utter chaos.

Her family keeping secrets, her mind playing tricks on her, and an unseen, unknown danger, waiting to make its move.

When her sister winds up dead and the dirty underbelly of the Gov is exposed, Aria bands together with some unlikely alliances as they are forced to flee for the mysterious territory of the Untouched.

Despite the obstacles, she refuses to give up.

It’s do or die time, and she's out for justice.

Or maybe a little of both.

This is book 1 of a post apocalyptic romance mini-serial, with mind reading, genetic engineering, and telekinesis. Read in order.