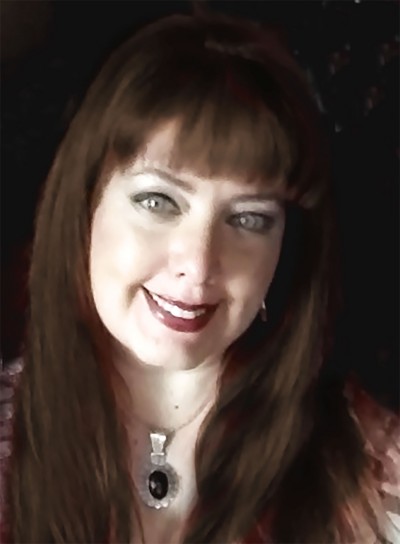 A native of Southern California, Christine Pope has been writing stories ever since she could hold a pencil. Her work includes paranormal romance, fantasy romance, and science fiction/space opera romance. The Land of Enchantment cast its spell on her while she was researching her Djinn Wars series, and she now makes her home in Santa Fe, New Mexico.

These 9 full-length novels of paranormal romance and urban fantasy will keep you on the edge of your seat and up past the witching hour. Black magic, adventure, and romance … they’re all here.

Something this good can’t last forever … download this set before it’s gone!

When a fatal fever nearly wipes out the entire world's population, the survivors of "the Dying" believe the worst is in the past. Little do they know…

Survivor Jessica Monroe searches for sanctuary in a world that has changed forever. Then she encounters Jace, who she believes is another survivor. But Jace has a past and secrets of his own. Soon Jessica realizes that the destruction of humanity may be the first step in a larger, more sinister plan, and she must decide who she can trust. But is the price for that trust just too high? (The Djinn Wars: Book 1)

Warlock Damon Wilcox is plotting to kidnap the most powerful witch in the rival McAllister clan. But Damon’s brother Connor has plans of his own....

This prequel short story to the Witches of Cleopatra Hill paranormal romance series is available ONLY to newsletter subscribers -- it is not available anywhere else!

As the future prima, or head witch of her clan, Angela McAllister knows she must bond with her consort during her twenty-first year so she will come into her full powers at the appointed time. However, her consort has yet to make an appearance. Instead, her dreams are haunted by a man she’s never seen, the one she believes must be her intended match. With time running out, she faces a terrible choice: give up her dreams of the man she may never meet, or leave her clan at the mercy of those who seek their ruin. (The Witches of Cleopatra Hill: Book 1)

The demon Samael has one assignment: bringing the souls of L.A.’s unquiet dead to the underworld. Some might call it a tough gig, but he can’t complain — while he’s “topside” here on Earth, he can live as a mortal man, an existence that includes physical interactions, as long as he doesn’t become emotionally involved with the women he meets.

Once Samael encounters Felicia McGovern, an artist struggling with her own earthbound problems, he soon realizes that his attraction to her goes far beyond the physical. But after Felicia unexpectedly discovers that he’s no normal mortal man, Samael must risk everything to save her life…even if it means losing her forever.


Sympathy for the Devil

When God offers the Devil a chance to redeem himself if he can make a woman fall in love with him, Lucifer is confident it’s a done deal…until he meets Christa Simms, the woman hand-picked by the Almighty to be a part of the cosmic wager.

If there’s one thing Christa knows, it’s how to recognize Mr. Wrong when she sees him. Between Christa’s sexy best friend, her blundering ex-boyfriend, and a pair of interfering demons with a stake in the outcome, the Devil has…a devil of a time…wooing the woman who can save his soul by stealing his heart.

When the proper Miss Lavinia Greene receives a letter from her eccentric inventor uncle asking her to visit him at his castle in Romania, her only thought is that his invitation will give her a wonderful opportunity to escape her carefully ordered existence. Even as she acknowledges her attraction to her uncle’s mysterious new assistant, Joshua Jones, Lavinia also finds herself drawn into mayhem and murder as foreign agents attempt to seize her uncle's latest invention.

Fearing for her life, Lavinia must navigate a shifting web of loyalties and deceit, whether in the wilds of Romania or the elegant ballrooms of a Victorian London just slightly different from our own. But can she discover the truth of her own heart before it’s too late?