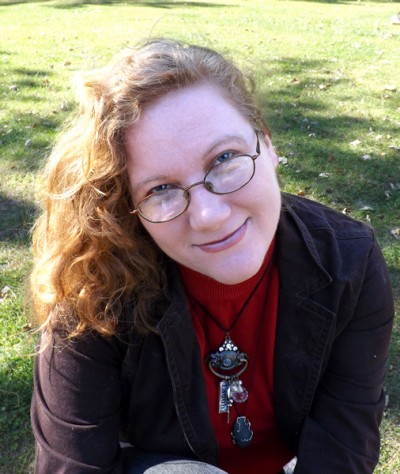 
Familiar: The Witch Cycle Book One

Connie Toledano was set to enjoy summer with her best friend Frankie. Then at a concert a sound like nothing she's ever heard before works deep into her bones and things change. Frankie is creating fireballs with her mind and Connie is seeing things. Specifically, she's seeing out of the eyes of a werewolf named River.

When River hunts her down and tells her that she's a witch, a vampiric cult is after her, and River is her familiar, she has to get to the bottom of things just to save her own life. But she isn't the only one in danger. People are dying and an enigmatic event known as the Witch Cycle is drawing closer. If Connie can't unravel the mysteries before it's too late, the stakes might be higher than she could have ever imagine.