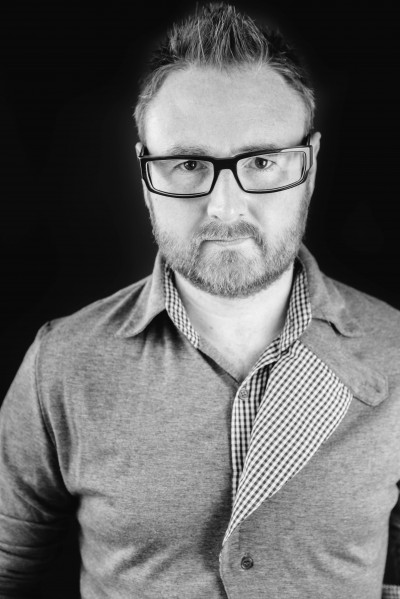 Craig Lea Gordon fell in love with Science Fiction at a very early age. His earliest memory is of bawling his eyes out on a Saturday morning when a shabby looking robot called Metal Mickey appeared on TV. It wasn't anything to do with the low budget production values, but instead because it had displaced Battle of the Planets, his favourite sci-fi program.

Shortly after he insisted that his parents christen their Ferguson Videostar by recording Battlestar Galactica. From the age of six, a good Christmas was defined by whether or not Star Wars was on TV. At 12 he made his Mum rent him a copy of Robocop, and he has never been the same since. Some say he now has a hidden prime directive to create terrifying stories of a possible future.

Cyberpunk Techno-Thriller with a twist of darkness where reality unravels in ways unimaginable. Jacked into the construct and primed for combat, Pterax is on a desperate mission to save his capital ship. On his approach to the enemy Dreadnought, the commanding voice returns.Can he resist its demands or will he succumb to its bidding, and cause reality to unravel in ways unimaginable?

Hypercage is a cyberpunk techno-thriller that features gripping and tense action, dark and vivid horror and a slice of future technology.

This novella is the first instalment in Craig Lea Gordon's Instant Reality series.