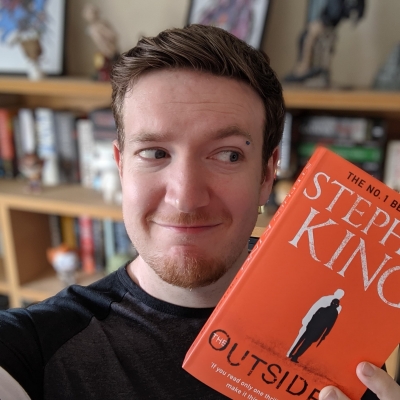 Get your hands on the novella that topped the Amazon Kindle short horror story charts in 2015.

When Cooper’s brother discovers he’s won a second chance with the girl that recently broke his heart, Cooper decides to tag along to the Coyote Inn. Knowing that his gang will likely be up to their old tricks they chase the setting sun with a smile on their faces.

However, the night takes a turn when a darkness that has stalked the town for ages past finds a new vessel. A horror hidden in the depths of children’s ghost stories.

At what point in our lives do we forget to believe in monsters?

The Last Broadcast: A Lazarus Tale

He called to the darkness … and Lazarus came forth.

When a chemical bomb explodes in Williamsburg, Virginia, a deadly virus is exposed.

For the young Kurt Adler, it was supposed to be a simple field trip — avoid the bullies, talk to his crush, survive the day. He had no clue that his life was about to turn upside down. Finding himself separated from the only family he has left, he decides to make his way through a world gone mad to find his sister.

There are monsters around every corner. Humans turned to feral savages. Cultists waging war in the physical and non-physical plane. And a shadow world full of horrors and demons.

It’s not all bad, though.

He has a friend.

Lucas Dixon. A man with a gun, a car named Donny, and a scar on his chest from the day he died.

Every day Carter goes down to the quarantined city of London to fish from the Thames River, but the times are changing, the world is growing ever more dangerous, and he's growing tired of city life and the city-folk.

Keep My Bones is the prequel short story to They Rot, the first book in a brutal new series of post-apocalyptia set in Great Britain. It’s brought to you by Willcocks and Kondor, two of the groundbreaking authors behind the iTunes chart-busting podcast, The Other Stories.