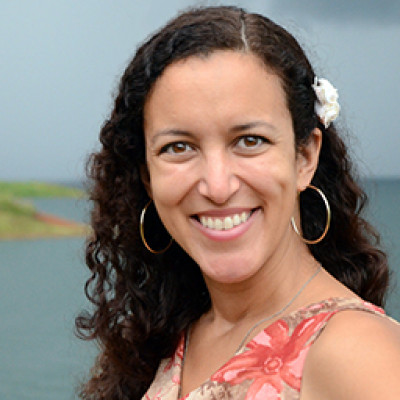 Her latest series, The Dukes of War, features roguish peers and dashing war heroes who return from battle only to be thrust into the splendor and madness of Regency England.

When not reading or writing romances, Erica can be found riding camels in Africa, zip-lining through rainforests in Costa Rica, or getting hopelessly lost in the middle of Budapest.

Be careful what you wish for...

When Lord Hawkridge inherits a penniless marquessate, he must abandon his courtship of the lowborn girl he loves. Years later, she rises from commoner to textiles heiress. Hawk has never banished her from his heart. Here’s their chance to share his home! But how can he convince a woman whose trust he destroyed that he desires her far more than her money?

Faith Digby’s chaotic world is too full to bother with men. She controls half a boarding school, one life-endangering secret, and two recently gentrified parents. There’s no time for the old flame roaring back into her life. Not when admitting she still loves him would imperil everything and everyone she holds dear...

A scandal in the making...

Unlike proper debutantes, Miss Dahlia Grenville is secretly Robin Hood in a bonnet. Her home for wayward girls has too many dependents and not enough donations. But just as she’s about to pull off the heist of the Season, she tumbles straight into the arms of the handsome detective who has sworn to deliver Mayfair’s mysterious thief straight to the gallows.

Highly principled Bow Street runner Simon Spaulding’s world is black and white. There's no mastermind too clever, no criminal alive who can escape the hangman. Until he realizes the delightful young lady he’s been courting is a liar and a thief. Suddenly, his career—and his heart—are in peril. How can he bring her to justice when it means losing her forever?

Disguised as a country miss, Charlotte Devon flees London, desperate to leave her tattered reputation behind. In Scotland, her estranged father’s noble blood will finally make her a respectable debutante. Except she finds herself accidentally wed to a devil-may-care rogue with a sinful smile. He’s the last thing she needs…and everything her traitorous heart desires.

Charming rake Anthony Fairfax is on holiday to seek his fortune…and escape his creditors. When an irresistible Lady Luck wins him in a game of chance—and a slight mishap has them leg-shackled by dawn—the tables have finally turned in his favor. But when past demons catch up to them, holding on to new love will mean destroying their dreams forever.

Certain individuals might consider Lady Amelia Pembroke a managing sort of female, but truly, most people would be lost without her help. Why, the latest on-dit is that rakish Viscount Sheffield is canceling the fete of the year because he hasn't time for silly soirees. He doesn't need time--he needs her!

When a flash of lightning destroys the venue for his family's annual Christmas ball, Lord Benedict Sheffield intends to enjoy a relaxing holiday for once. But after twelve days of beguiling Lady Amelia's guerrilla tactics, he's up to his cravat with tinsel... and tumbling head over heels in love.

When the new earl inherits, poor relation Miss Rebecca Bond must wed immediately or be out on her ear. The only man she’s ever loved is summoned to hear the will—but he already rejected her so soundly that they haven’t spoken in years. Yet who better than a rakish Viscount to teach her how to snare a gentleman who appreciates her charms?

Daniel Goodenham, Lord North Barrows, regrets nothing more than the lost friendship with the one woman who treated him like a man, not a title. Fate has given him the perfect pretext to win her forgiveness—even if it means having to matchmake her to someone else. But now that she's back in his life, he’ll do anything to convince her to choose him instead...

Nondescript “good girl” Miss Camellia Grenville only ever opens her mouth when forced to sing at her family’s musicales. That is, until the night she infiltrates the ton’s most scandalous masquerade ball on behalf of her sister, and finds herself in the arms—and the bed—of the one man she’d sworn to hate.

Irresistibly arrogant and unapologetically sensuous, infamous rake Lord Wainwright always gets his way. When he accepts a wager to turn his rakish image respectable in just forty days, he never anticipates falling for an anonymous masked lover...or that discovering her identity would destroy them both.

Captain Xavier Grey's body is back amongst the beau monde, but his mind cannot break free from the horrors of war. His friends try to help him find peace. He knows he doesn't deserve it. Just like he doesn't deserve the attentions of the sultry bluestocking intent on seducing him into bed...

Spinster Jane Downing wants off the shelf and into the arms of a hot-blooded man. Specifically, the dark and dangerous Captain Grey. She may not be destined to be his wife, but nothing will stop her from being his mistress. She could quote classical Greek by the age of four. How hard can it be to learn the language of love?

Captain Blackheart leads a simple life of roving the seas, wenching and treasure-hunting. He steers clear of romantic entanglements that could tie him to land. He shouldn't have any trouble keeping his hands off the gently-bred lady he's commissioned to abduct — except his cargo turns out to be feisty and passionate! She'd be a prize worth treasuring, if having her aboard didn't jeopardize everything...

Clara Halton thought the worst loss she could suffer was to be stripped of her family, stricken with consumption, and left to die alone. Then she meets Blackheart. Their attraction is ruinous...and irresistible. When he delivers her like so much plunder, his mission is over — but hers has just begun. She'll force him to acknowledge their connection, even if she must storm his ship to do i

Trapped in darkness...
Violet Whitechapel committed an unspeakable crime to save a child. To escape the hangman’s noose, she takes refuge in a crumbling abbey with secrets darker than her own. When its master offers her a temporary post, Violet cannot say no. Just as she begins to see him in a new light, her past catches up to her and endangers them all.

Their passion burns bright...
Alistair Waldegrave keeps his daughter imprisoned in the black heart of his Gothic abbey. As he searches for a cure to the disease the villagers call demonic, his new governess brings much needed light into their lives. But how can the passion between them survive the darkness encroaching from outside their sheltered walls?

Adventurer Lance Desmond needs to produce a fortune before his arch-rival collects the bounty on his head. He risks an ancient curse to retrieve treasure hidden within icebound Castle Cavanaugh, only to become trapped inside. Not with the gold he so desperately needs, but with medieval Princess Marigold who's been cooling her heels since... well, medieval times.

The lonely princess refuses to acknowledge the blossoming attraction between them. Not just because she deserves a better future than a penniless rogue. But because at midnight, he'll vanish like all her other would-be heroes. And the evergreen in the parlor will have one more figurine hanging from its boughs...

When Major Bartholomew Blackpool learns the girl-next-door from his childhood will be forced into an unwanted marriage, he returns home to play her pretend beau. He figures now that he's missing a leg, a faux fiancée is the best an ex-soldier can get. He admires her pluck, but the lady deserves a whole man—and he'll ensure she gets one.

Miss Daphne Vaughan hates that crying off will destroy Major Blackpool's chances of finding a real bride. She plots to make him jilt her first. Who cares if it ruins her? She never wanted a husband anyway. But the major is equally determined that she break the engagement. With both of them on their worst behavior, neither expects their fake betrothal to lead to love...

Miss Sarah Fairfax is having a wretched year. Her intended perished at war. His child is in her belly. To secure her future, she resigns herself to a loveless marriage. Just as she’s about to say I do, her fiancée returns from the grave to crash the wedding... but he’s no longer the charming, carefree man she remembers.

After being left for dead on the battlefield, Brigadier Edmund Blackpool is scarred inside and out. He fights his way home only to discover his intended before the altar with his best friend. He'll be the one to marry her, no matter what she wants! But when his new bride disappears with his child, he must reopen his wound

Miss Katherine Ross is a wealthy, eccentric socialite who knows precisely what she wants: No husband. No children. No candlelit tête-à-tête with the insufferably emotionless Duke of Ravenwood. She's convinced his heart is ice — until she touches that chiseled chest for herself. One lapse in judgment is all it takes to turn both their lives topsy-turvy...

The Duke of Ravenwood isn't cold and haughty, but a secret romantic who has always dreamt of marrying for love. Instead, he gets Miss Katherine Ross — a headstrong hoyden intent on unraveling his carefully ordered world. He doesn't know whether to kiss her or throttle her. Can they survive each other's company long enough to turn a compromise into love?

Charming rake Anthony Fairfax is on holiday to seek his fortune…and escape his creditors. When an irresistible Lady Luck wins him in a game of chance—and a slight mishap has them leg-shackled by dawn—the tables have finally turned in his favor. But when past demons catch up to them, holding on to new love will mean destroying their dreams forever.

Oliver York returns from war to find his father dead, his finances in arrears, and himself the new Earl of Carlisle. If he doesn't marry an heiress—and fast!—he and his tenants are going to be pitching tents down by the Thames. He definitely shouldn't be trading kisses with a penniless debutante... no matter how captivating she is!

Miss Grace Halton is in England just long enough to satisfy the terms of her dowry. But a marriage of convenience isn't as easy as she'd hoped. Back in America, her ailing mother needs medicine only Grace's dowry can afford. Which means the dashing earl she can't get out of her mind is the one man she can't let into her heart.