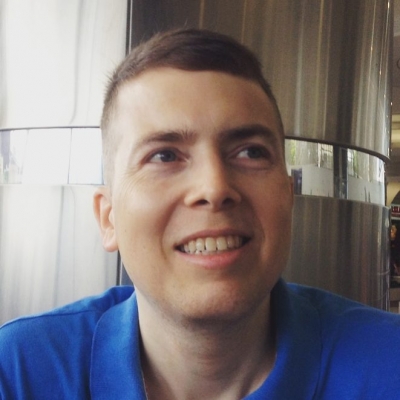 Author of dystopian, conspiracy and space opera science fiction novels that shatter the page-turning limits of freedom and the heart-thrilling cavitations of love, George Donnelly terraforms his topopolis-to-be at 22,000 KPH in near-Earth orbit, in his spare time. Former altar boy turned truancy fugitive, George is an expat vagabond who prefers zombies to aliens but is primed for any meatspace apocalypse minus grey goo. Relieve the solitude of his forlorn cryostatic exile by visiting GeorgeDonnelly.com.

From a creepypasta horror farm to a bullish love tale and from the bloody metal deck of the ESS Arclight to superhero octopus food trucks, you can transform your shortest stolen moments into utter delights with this diverse collection of 33 flash fiction stories.

This collection, the first in the Flash Flood series, is a special selection of master works with a variety of genres and voices guaranteed to keep you engaged. Sign up now for future flash fiction anthologies themed for Halloween, Christmas, Valentine's Day, May the 4th and Independence Day.

From the Imperium-controlled aetherlanes to a tech noir restitution agency in the Free Zone and from a steampunk, 1894 China with clockwork automatons to a post-1984 Orwellian dystopia with mandatory goodpharm, here are ten science fiction stories of defiance and daring.

Split evenly between strong female and male leads, these heroes fight losing battles on principle alone, discover lies hidden deep inside themselves, execute daring rescues and fight for love and liberty in a society where human dignity is cheaper than obsolete swarmbots.

These original, never-before-published works are from veteran authors, including William F. Wu, as well as emerging talents.


Death Shop: With Hope, Anything is Possible — Or Not

The Republic Trust is our protector. Form a single file for the daily 500-calorie feed line, courtesy of Xemura Pharma.

Ailsa Santamaria whores for food on the killing streets of Protectorate 13477 as she struggles to break her daughter Texa's screen addiction. She won't trade control of her mind for a slim chance at a better life. She's not like the others.

But uplift arrives in Protectorate 13477 nevertheless. Ailsa discovers a way out for her and Texa, but it may not bring the relief she seeks. She thought she had nothing left to lose. That was a lie.

Cocksman Nick Chesterton just got dumped. With a return to Broseg No. 34 in the offing, he publicly ridicules his ex and finds himself a fugitive from the Femforcers on a sexist meme charge.

But the lovelorn ladies of war-torn Eritrea liked his meme. They invite Nick to visit their African nation, select a bride, or three, and live happily ever after. Or so they say.

Facing six weeks in Femforcer sexcamp, Nick must make a life-altering decision between the loss of his sexual identity and the risk of multiple marriages in a jihadi war zone.

From an unexpected twist on a classic Christmas tale and a soldier returning home from war to a pair of girls waiting for an unlikely Christmas wish to come true and a creepy evening in a museum, fill your briefest moments with this collection of 18 flash fiction stories.

Christmas in Love, the third anthology in the Flash Flood series, is a hand-picked selection of master works in romance, science fiction and fantasy themed for Christmas and guaranteed to keep you engaged.

From a Hillary Clinton stripper to mythical beast-women in the harsh Scandinavian tundra and from an unusual band of steadfast teddy bears to the last man in zombie-occupied Chicago, fill your briefest moments with pulse-pounding frights and off-beat chuckles with this collection of 24 flash fiction stories from 20 indie authors.

Monster Maelstrom, the second anthology in the Flash Flood series, is a hand-picked selection of master works in humor, horror and fantasy themed for Halloween and guaranteed to keep you engaged.

The golden age of freedom withers across the Solar System as independent colonies fall under the dominion of Barbary and Sons, a ruthless cartel run by a 24th century cross between Genghis Khan and the CEO of Walmart.

One man rises in opposition. Rork Sollix raids Barbary's cargo ships for fun and profit, along with his lovestruck teenage servant Lala Fevari and his ragtag crew.

Just days from death, betrayed by his own men and on the run, Rork tries to safeguard Lala on Earth. But Barbary kidnaps her, throws Rork in a bleak Delhi prison and aims to make the young girl pay for Rork's crimes.

No jobs. Robots took them. Citizens subsist on a basic income guarantee. They consume their lives in drug-fueled virtual reality gaming binges.

Ian Blake doesn't play games and he won't accept handouts. He needs to be productive and useful - but his creepy boss just fired the baby-saving hero and father of three.

Ian yearns to build his own robots now. But with a job offer in hand under his old boss in a government agency, he fights his family's callous material greed and his own self-doubt to build the future he thinks we all need.