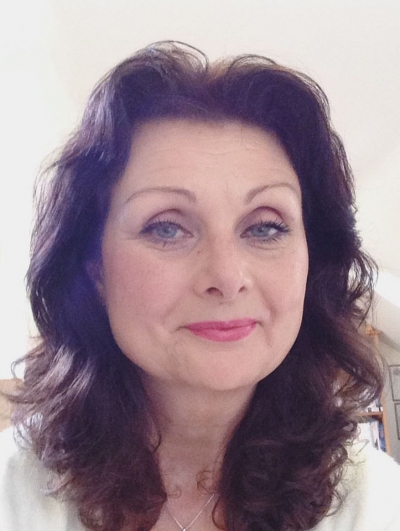 An established British Author, Karen Wrighton is an Amazon bestselling author of books for teenagers and for adults with teenage hearts. Karen's books are a blend of everything she loves to read - tales of Magic, Mystery, and Mayhem!

Most of Karen's work falls under the broad umbrella of Speculative Fiction, a genre of fiction that involves supernatural, futuristic, or other imagined elements. This encompasses the traditional genres of Fantasy, Science Fiction, Horror, Supernatural Fiction and Science Fantasy.

This eclectic genre provides Karen with the flexibility to write stories which, appear to be very different from one other, yet maintain that 'other worldly' element which characterises her work.

Karen’s début novel ASCENSION OF THE WHYTE became an Amazon Bestseller, as did the second in the series RYTE OF PASSAGE. The Afterland Chronicles series, described as Lord of the Rings meets Harry Potter, was completed in 2017 with the release of ICE AND FYRE, the third book in the series.

Karen’s Post-Apocalyptic, Dystopian novel, THE LAST GIRL GUIDE, also won high praise. Breaking with the current trend for ‘Zombie’ Apocalypse books, the novel has been favourably compared to similar works of speculative fiction such as ‘The Road’ and ‘The Girl With All The Gifts’.

Prior to becoming an author, Karen worked for nine years with the Norfolk Police before gaining a first degree in Bio-Psychological Sciences and later, a Masters in Psychological and Medical Sciences. Karen then taught Psychology at Local Colleges for over fifteen years before giving up teaching to write full time.

Karen has two daughters and lives in a small cottage in rural Norfolk, England with her husband John, crazy dog Jinks, and Pippin, their remarkably lazy cat.

The book that every fan of Throne of Glass and Harry Potter needs to read…
This Exclusive, Special Illustrated Compilation follows the adventures of Rose, a girl who died, only to be reborn Into a land of magic, privilege, and prejudice, where wizards and dragons reign. There, she is asked to lead a magical war against a being so powerful that he once obliterated an entire race. Entering the Aurum Oratory, a school of magic and wizardry, Rose is prepared for a dangerous, magical quest. Its aim – to destroy one of the greatest evils of all time…

With over 100 colour illustrations

“An epic fantasy series to rival the great classics.”

“A spellbindingly romantic, magical fantasy adventure series, I wished it would never end.”

“The beautiful illustrations bring the story to life!"


Ascension of the Whyte

What if you died and woke up in a land where anything seemed possible?
In a land of magic, privilege and prejudice where wizards and dragons reign. What if you were asked to lead a magical war against a being so powerful that he once obliterated an entire race. Would you?
Rose accepts this challenge, entering the Aurum Oratory - a school of magic and wizardry, where she is prepared for a dangerous, magical quest. It's aim - to destroy one of the greatest evils of all time.
What readers are saying:
“An epic fantasy to rival that of the great classics”

“A magical fantasy adventure story, I wished it would never end”

"I loved the character of Ash - I hope he ends up getting together with Rose in the next book. It would be an awesome fantasy romance!"

"I haven't experienced that wonderful