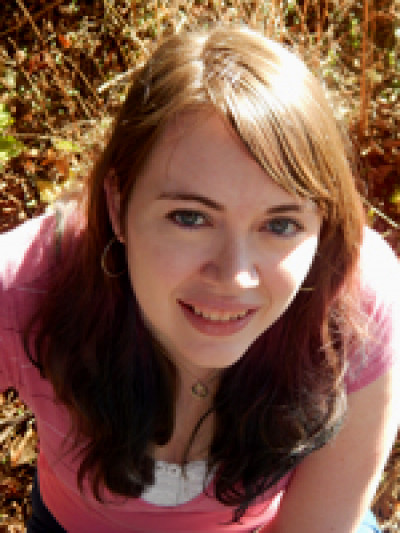 Lyssa Chiavari can trace her love of science fiction to her childhood obsession with A Wrinkle In Time and Bruce Coville’s My Teacher Is An Alien series; her love of YA, meanwhile, can be blamed entirely on Meg Cabot and, specifically, Jesse de Silva from The Mediator. After working as an after-school science teacher for several years, Lyssa now spends her days plotting her imminent move to the Martian colony—and writing about it while she waits for technology to catch up to her brain. Her short fiction has appeared in Ama-Gi magazine, Wings of Renewal, Clarion Call, and Perchance to Dream, a young adult collection of Shakespeare retellings which she also edited. Lyssa lives with her family and way too many animals in the woods of Northwest Oregon.

Madeline knows her role in life—such as it is. She's an animatron, a lifelike robot built to perform in a fairy tale-inspired theme park. And she's an Ugly Stepsister. Her destiny is to play second fiddle to the famous Cinderella, to help her shine before the park's audiences three times daily (five on weekends). But Cinderella isn't content with being the star of the park. She believes she's destined for something more. When Cinderella disappears, Madeline comes to realize that maybe she isn't conscripted to the role the fairy tale laid out for her. And if she wants to save Cinderella, she'll have to believe in herself… and her very life.

This short sci-fi spin on Cinderella was originally published in Magic at Midnight: A YA Fairy Tale Anthology.

Kimber is a dreamer. Even though her old-fashioned family thinks she should keep her feet on the ground, she’s determined to enter the annual stratos surfing race—a dangerous but exhilarating sport held 120,000 feet over the Earth. When she finds a broken-down stratos board in a trash heap, Kimber suddenly realizes her dream could come true… if she’s willing to put aside her prejudices and accept a helping hand from her arch-nemesis, rich boy Jase Hart.

Once upon a time, there was a girl who lived in a fairytale… until the day she killed her mother. In this sci-fi/fantasy retelling of Snow White, dragons dwell in the heart of the mountain, weaving magic and mining crystals with the power to fuel the world—and a princess leads her people in a war against a power-hungry technocracy.