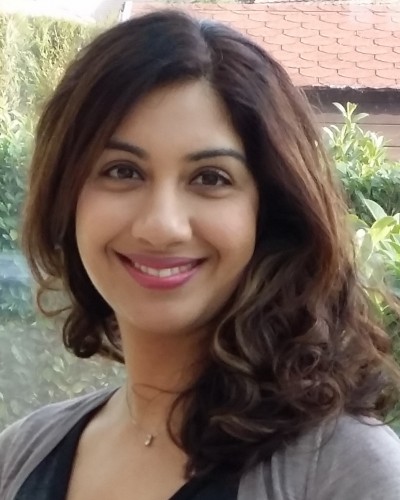 Nillu Nasser is a writer of literary fiction novels. In March 2017 she signed a three book deal with Evolved Publishing. She also blogs, writes short fiction and poetry.

First and foremost, though, Nillu is a reader. She is happiest barefoot with a book in hand. They are the first thing she unpacks when she is somewhere new.

Nillu's short story 'Painted Truths and Prayer Beads' (titled 'Flashpoint' on Instafreebie) was published in May 2016 in Mosaics 2: A Collection of Independent Women. Another short story 'The Tombstone Man and the Coming of the Tigress' was published in June 2016 in UnCommon Origins, an anthology of short fiction. In 2017, 'Tombstone Man' is scheduled to reappear in UnCommonly Good.

Nillu has a BA in English and German Literature and an MA in European Politics. After graduating she worked in national and regional politics, but eventually reverted to her first love.

She lives in London with her husband, three children, one angelic and one demonic cat, though she secretly yearns for a dog. If you fly into Gatwick and look hard enough, you will see her furiously scribbling in her garden office, where she is working on her next story.

Nillu’s first novel, a story of sexual politics and second chances in Mumbai, is due to be published by Evolved Publishing on 6 November 2017. To find out more about Nillu and get the juice on her latest books, read her blog, send her a tweet or sign up for her newsletter.


All the Tomorrows (Novel Preview)

All the Tomorrows is set in Mumbai, India, and tells the story of newlyweds Jaya and Akash. Akash wants a love for all time, not an arranged marriage. Still, under the weight of parental hopes, he agrees to marry Jaya. Their marriage has barely begun when Akash embarks on an affair. When Jaya finds out, in a moment of disassociation, she takes her fate into her own hands in the form of a lit match.

The novel is about second chances, the weight of tradition and gender, and the line between happiness and selfishness. It will appeal to readers of literary fiction, those who like foreign travel and family sagas.

An Old Man from India and Other Poems

A collection of poetry including 'Making Home':

'We went back
to bright city lights and siren calls
bleak rain over stacked chimney pots
where the big clock stands
proudly amidst carved buildings
of yellowed stone
sticky pubs and well-trodden streets,
in which the street lamps  cast familiar shadows

We travelled back
to the rhythms of my childhood
of parental love
and my grandmother's food
[...]'