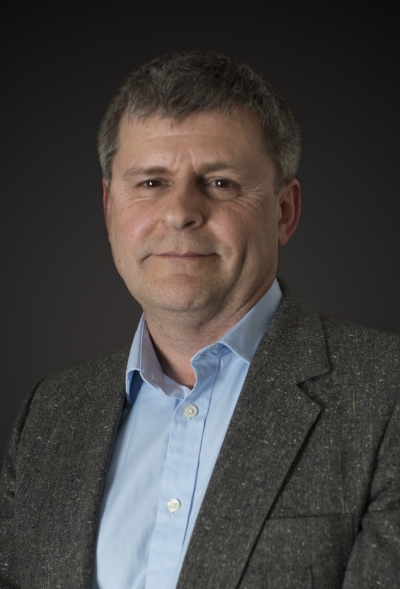 Paul Bennett emerged into this world in Maidstone, Kent, England at the beginning of the 60’s, then immigrated to Southwestern Ontario with his family six years later. In his teen years, Paul discovered military models, leading him to serve in the Canadian Armed Forces. Around the same time, he was introduced to role-playing games in the form of Dungeons & Dragons (D & D). What attracted him to this new hobby was the creativity it required; the need to create realms, worlds and adventures that pull the gamers into his stories.

In his 30’s, Paul started to dabble in creating his own role-playing system, using the Peninsular War in Portugal as his backdrop. His regular gaming group were willing victims, er, participants in helping to play test the new system. A few years later he took his role-playing system and added additional settings; including Science Fiction, Post-Apocalyptic, World War II, and the all-important Fantasy Realm.

The beginnings of Servant to the Crown originated three years ago when he began a new fantasy campaign. For the world of Merceria, he ran his adventures like a TV show; with seasons that each had twelve episodes, and an overarching plot. After the campaign ended, he was inspired to sit down to write his first novel. He knew all the characters, what they had to accomplish, what needed to happen to move the plot along. 123,000 words later, Servant of the Crown was written!

Paul has mapped out a whole series of books in the World of Merceria and is looking forward to sharing them all with his readers over the next few years.


Battle at the River: A Mercerian Short Story

An enemy commander. A skilled tactician. Only one can be victorious.

The Norland raiders are at it again. When the Baron of Bodden splits their defensive forces, Sergeant Gerald Matheson thinks that today is a day like any other, but then something is different. At the last moment, Gerald recognizes the warning signs, but they are outnumbered, outmaneuvered, and out of luck. How can they win this unbeatable battle?

Battle at the River is a stand-alone short story set in the World of Merceria that incorporates characters from the Heir to the Crown Series. If you like intense battle scenes and unexpected plot twists, then you will love Paul J Bennett's tale of a soldier who thinks outside the box.


Servant of the Crown (Heir to the Crown: Book 1)

He risks everything…
…to protect a king's secret

Tragedy tears Gerald's world apart and only his unwavering loyalty to the Baron of Bodden saves him. After serving as a soldier for years, a single act of self-sacrifice thrusts his future into the world of politics.

Cut off from all he knows, he becomes no more than a pawn to those in command. Banished with little more than the clothes on his back, he seeks a new purpose, for what is a warrior who has nothing left to fight for?

A fateful meeting with another lost soul unmasks a shocking secret, compelling him to take up the mantle of guardian. Bandits, the Black Hand, and even the king, he battles them all for the future of the realm.

Memories of the past, secrets that shape the future; his adventure is only the beginning.