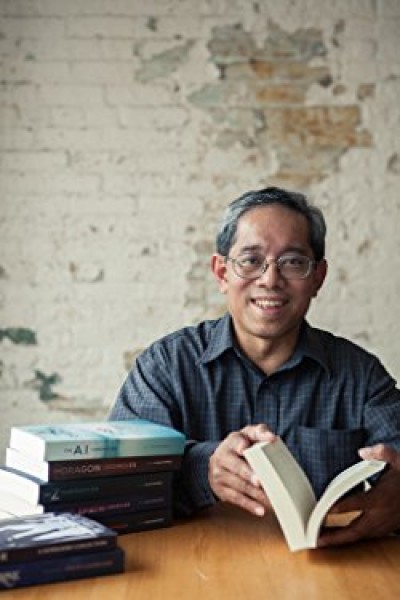 Samuel Peralta is a physicist and storyteller.

An Amazon bestselling author, he is also the creator of the acclaimed Future Chronicles series, with consecutive titles ranking at the top of the Amazon Bestselling Anthology lists, many hitting the mainstream Top 10 Bestsellers list. His own work has been named in Best American Science Fiction and Fantasy.

His poetry has ranked #1 on Amazon, Goodreads, Twitter, and has been spotlighted in articles on Best American Poetry. Awards include from the BBC, the Digital Literature Institute, and the Palanca Memorial Awards for Literature.

An award-winning PhD, he's designed nuclear robotic tools and co-founded several software and semiconductor start-ups. He is also a producer and ardent supporter of independent film.

Created by award-winning author Samuel Peralta, The Future Chronicles series brings together work from visionary new voices and the grandmasters of modern speculative fiction, with eighteen consecutive #1 Amazon bestselling titles to date. Its unique take on major science fiction and fantasy themes has made it one of the most acclaimed anthology series of the digital era.