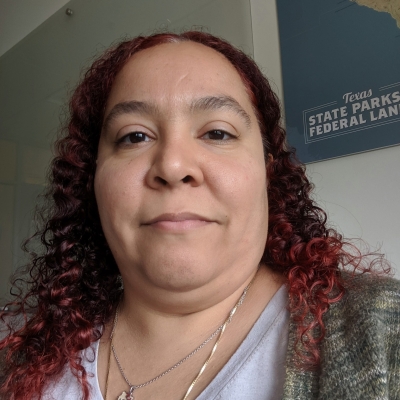 Sherelle Winters is an author, podcaster, and software engineer who relocated from her home state of North Carolina to Texas in the early 2000s. Despite her decades in the state, she still longs for good-old-fashioned Carolina-style barbeque versus Texas-style barbequed meats, though she will sometimes admit that she also enjoys good brisket.

A self-professed Japanophile, Sherelle used the country as the setting for her first three novels and notes that her heavy consumption of Japanese media has almost certainly affected her story-telling style and subject matter.

She shares her life with her beloved sweetie, the family she made herself from her closest friends, and her much beloved furkids.

Jessie may have survived a nightmare but recovering from its aftermath is proving harder than she could imagine. Desperate to feel safe again, she returns home to North Carolina to claim her late grandfather's house. It seems like a perfect solution, a hideaway near her family where she can lick her wounds in isolation until a little boy needs a helping hand.

The last thing Galen expected when checking out the mysterious new occupant across the road was to be threatened by a dog the size of a bear or have a surly woman ordering him off her land. And he certainly didn’t expect that same woman would help his young son Michael and then later hire Galen to renovate her crumbling inheritance.

It’s a dream come true for Galen, but can Jessie get past the terror to risk trusting again?

Miho’s long war with her own mind has her ready to give up when she meets them: charming Taka with his barely leashed rage and sweet Shinji hiding his abuse behind a boyish smile. Their newfound friendship has the potential to be so much more, if it can survive their internal demons and a world that seems so intent on destroying them.

A dying teenage girl. A reluctant prince in hiding. Can their love cause a miracle?

Sakura knows adulthood is not part of her future. In her final year of high school, her body is getting weaker and her eventual death closer. She’s accepted her fate, planned for it, cut off the world to leave no mourners behind. Until the charming yokai of her late guardian’s fairy tales turns up wounded in her garden.

She thought she knew how her life would end, but Kazuki’s arrival is throwing all her planning out the window. But is it too late for her to remember how to love, much less be loved again?

Adachi's guilt-ridden trip to Aokigahara Forest wasn't supposed to include a suicidal girl, much less becoming her semi-voluntary hostage for a week. Hoping to find a way to change her mind, he offers to record her life story, but the more he learns, the more of himself he's forced to reveal...