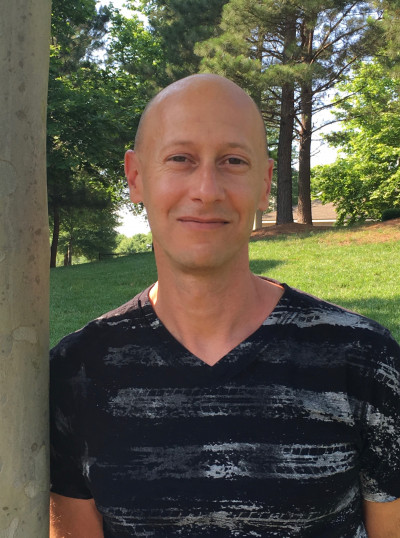 Vince Guaglione is a guy who asks lots of questions, not only of himself but also of his society and the world around him. Although he claims he's found no real answers, that hasn't stopped him in his quest to gain perspective on a little something we call life.

As a young teenager in 1984, Vince began journaling and, within a few years, began writing short stories in both the horror and suspense genres. Although none of his submissions were ever published, he did receive one credit for a submission in his college's literary magazine. Undeterred, he kept writing and in his early 20s, took on the challenge of documenting his youth, which he completed in 1994 but never published.

The untimely passing of his significant other in early 2012 set him on a two year journey of grieving and coping; one littered with many unexpected emotional roadblocks. As someone who enjoyed writing and keeping a journal in his formative years, he decided to dust off the old notebooks and re-engage in the practice of journal writing in order to help collect his thoughts and cope with his loss.

As he worked through the process, he decided to self-publish his journal entries in compilations. Thus was born The Narratives series of books. Volume I was released in the fall of 2012, and was quickly followed by five additional volumes over the course of the next three years. Although these works have not achieved commercial success, they have been received well by readers of the personal transformation, self-empowerment, modern philosophy, and humanism genres

When he's not at his real job, you can find him sucking down venti-sized coffees at a brisk pace his local Starbucks, thinking up new writing projects, or pondering his mystery questions of life. Originally from Philadelphia PA, Vince now resides in Raleigh NC.


The Narratives: Keeping The Soul Alive

The Narratives: Keeping The Soul Alive is a collection of short introspective journal entries written by an average guy in an effort to better understand himself, his life, and his relationship with the world around him while traveling the road of self-discovery.

This book documents the author's journey through the grieving and mourning process following the death of a loved one, as he copes with his loss and begins the process of reconciling his life. The emotions the author struggles with are both strong and palpable, and are plainly on display throughout, making this a work that is both heartfelt and tumultuous at the same time.