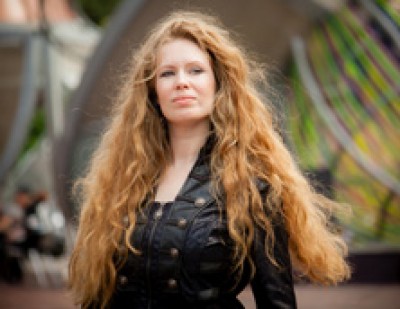 You want a dog who is confident and happy, able to distinguish between friend and threat, capable of intense focus on her work, and able to relax and play when you need some puppy love. But these attributes are not born, they are created through proper socialization.

So much can be done in a pup’s first few months to equip her for our human world and expectations. A well-socialized puppy is not only a happier puppy but is also a better-mannered and more reliable pet. Learn how to raise a puppy to be:

This practical approach to socialization, with plenty of detail and easy-to-follow

Tsurugu no Kiyomori has been called to engage his supernatural skills once again. In a terrified mountainside village, tradesmen and goods are vanishing into chill air. Tsurugu must determine whether the disappearances are the work of human thieves or supernatural youkai. But even an experienced onmyouji like Tsurugu is not prepared for what he will find.

“The Lonely Frost” is set in the world of Kitsune Tales, following the events of Kitsune-Tsuki, but it can be read independently of the series.

When Euthalia’s father trades her to Viking raiders, her best hope is to be made a wife instead of a slave. She gets her wish – sort of – when she is sacrificed as a bride to a god.

Her inhuman husband seems kind, but he visits only in the dark of night and will not allow her to look upon him. By day Euthalia becomes known as a storyteller, spinning ancient Greek tales to entertain Asgard’s gods and monsters.

When one of her stories precipitates a god’s murder and horrific retribution, Euthalia discovers there is a monster in her bed as well. Alone in a hostile Asgard, Euthalia must ally with a spiteful goddess to sway Odin himself before bloody tragedy opens Ragnarok, the prophesied end of the world.

The Butcher of Scarlet Hollow

Epifania is good with a knife -- she has to be, running a butcher shop -- and she knows the weapon which has killed four people in her small village isn't a good blade. It's harder to say whether the victims were werewolves or innocent humans, as they're all the same once dead. When woodcutter Peter appears in the village, Epifania's aged Granny has her suspicions, but no one is ready for what happens when they go hunting wolves.