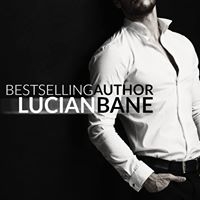 I'm a husband and a writer. And I may be religious about both.

He's a man with two personalities-- Reginald --the socialite, and Bones-- the psycho.

Reginald is content to keep Bones off of death row. Happy to bury bodies in the graveyard they own, day in and day out. It's a morbid business to run, but at least they're on the noble side of death.

It all goes to hell when Reginald breaks one simple rule and falls for a grieving woman at the graveyard. Then Bones breaks the next simple rule--he gives an inch to accommodate a desperate Reginald.

One taste is all it takes. One hour of proving to Reginald this woman is bad news. Now she's tied up in their basement for a little play-date and Bones is ready to step in and devour her whole.

Evil keeps a formidable schedule in Weston, West Virginia. Every seventh year, spirits from the town's abandoned insane asylum seek worthy souls to command. But this seventh year, a desecration unlike any before is scheduled to ravage the town. And Solomon Gorge is lured to the harrowing event by the screams of Silence.

Once Mordecai gets Miriam in his home, the game ramps up as he lures her further into his psychotic world. But there's one player he makes the wrong wager on--himself.

He wasn't supposed to become addicted to everything about her.

The miscalculation changes the entire game. But three rules remain the same:
They're playing for keeps
The winner gets all.
There can be only one winner.

Dante is a skin artist, a murderer, and a healer. Hired by a religious couple to troubleshoot a barren marriage, he sets out to bring the miracle they crave. But disturbing secrets arise about the couple and Dante's protocols take a dark turn in response.

WARNING: This book contains a scene of sexual assault and could act as a trigger for some readers. Read with caution.

Ever since the Independent Scribblers on Earth gained their sloppy sovereignty, Jeremiah Poe's beloved fictional planet was overrun with genre malformations to the point of anarchy.

At best, the Scribblers didn't seem to give a damn. At worst, they behaved as if they had no idea Octava's realm even existed...

Ruin is a Carnificem, created to judge and execute. Isadore is a female human, seemingly created to get in his way.

Ruin wakes up with no memory other than his need to judge and execute. The first person he meets is Isadore who tries to help him remember what he's doing there.
Without realizing, Ruin forms a bond that makes them inseparable--literally. Now when he's sent on assignments to judge and execute, he has to bring his all-knowing brain-scientist that's compelled to second-guess every job he performs.

But habits she considers harmless--namely those little white lies--are piling up and provoking the hellfire in his blood to judge her. And while he loathes her imperfections with all his being, if anything happens to her, Ruin's rage would destroy the world.

Tara is in a bind. Her grandmother is rotting in a nursing home and she needs more than a low-paid day job to get her home.

Seeing an ad in the paper for a million-dollar competition, she calls up for details:

Do you naturally dominate others?
Do you get your way through control and discipline?
Do others look to you for leadership?
If so, you can win $1,000,000!
Audition today and compete on a reality TV show and prove to the world that you have what it takes to Dominate!

It was like reading her own bio. And sure, she'll have to do things she's never even thought of doing before. But then she learns she has to do it with a partner. And there's only one that might be available. The sexy Dom named Lucian who's been steadily seducing her in line at the audition.

Pain, blood, revenge. Giving and receiving both in whatever ways he can is all Sade lives for. There isn't much Sade enjoys screwing but he'll make an exception for two things--life's loud mouth and Mercy's deceptive lips.

She wants to help? She wants to be a do-gooder? Perfect. His yearly sexorcism is right around the corner and Little Miss Mercy can have the star role.

Let's see if she survives.