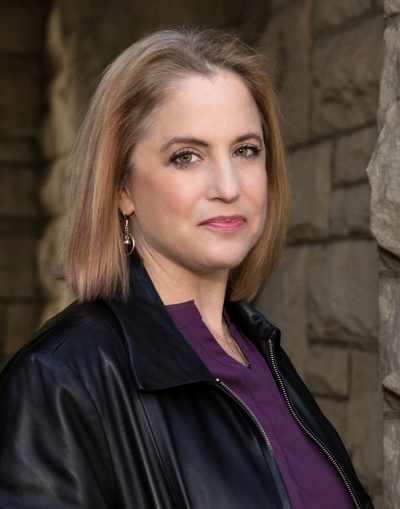 J.D. Blackrose loves all things storytelling and celebrates great writing by posting about it on her website, www.slipperywords.com. She has published The Soul Wars series and the Monster Hunter Mom series, both through Falstaff Books, as well as numerous short stories. Follow her on Facebook and Twitter.

When not writing, Blackrose lives with three children, her husband and a full-time job in Corporate Communications. She’s fearful that so-called normal people will discover exactly how often she thinks about wicked fairies, nasty wizards, homicidal elevators, and the odd murder, even when she is supposed to be having coffee with a friend or paying something called "bills." As a survival tactic, she has mastered the art of looking interested. She credits her parents for teaching her to ask questions, and in lieu of facts, how to make up answers.

Kara, a Norse Valkyrie warrior, and Gaspard, a centuries-old vampire, find themselves in an improbable alliance to prevent the Soul Wars, an epic battle between vampires with souls and those without, which a real god swears could shake the very foundations of the Earth. Can Kara and Gaspard set aside their natural enmity, or stranger yet, nurture their unexpected feelings for one another while fighting for their lives?

In Souls Collide, Book 1 of The Soul Wars - Things thought long dead reappear, forcing Kara, Gaspard and their paranormally sensitive neighbor Adelaide, to work together to put them to rest forever, or at least, for now. Kara and Gaspard’s growing attraction forces Kara to reconsider her feelings about vampires and her belief that they are soulless monsters.

Gorgeous With A Side of Desire

Lissa doesn't want any old romance. She's waiting for gorgeous, with a side of desire, and maybe someone who won't mind when she wakes up screaming. Nightmares and headaches aren't new to this hospital executive, but when three unexplained deaths come out of nowhere, Lissa must partner with sexy Kamal Wade, who says he's a demon hunter, of all things. Can Lissa find love, solve the murders, and finally find out what happened to her mother?