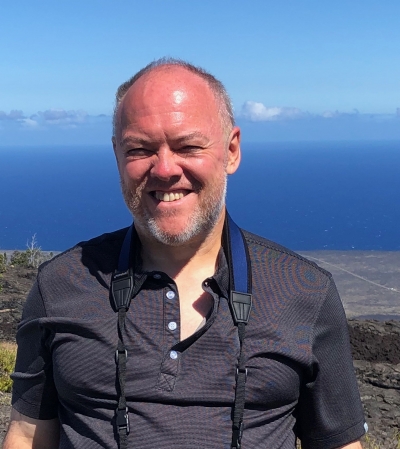 D. B. Goodin has had a passion for writing since grade school. After publishing several non-fiction books, Mr. Goodin ventured into the craft of fiction to teach Cybersecurity concepts in a less intimidating fashion. Mr. Goodin works as a Principal Cybersecurity Analyst for a major software company based in Silicon Valley and holds a Masters in Digital Forensic Science from Champlain College.


Mark of the Triad

After a massive trade war, the United States lies in financial ruin. Fewer than twenty states remain. New power structures are formed; most locals revert to the barter system. Although some traditional infrastructure remains, they hold on by a thread.

Lonn Peters, a former detective for the Honolulu Police and a bounty hunter, is unemployed and is desperate to provide for his family. When an enticing offer lures him to the mainland Lonn is unprepared for what he finds. When a veteran detective goes missing, Lonn is tasked to investigate. What he finds threatens to unravel all he knows about law enforcement, people, and culture.

In this dystopian thriller, you never know who to trust.