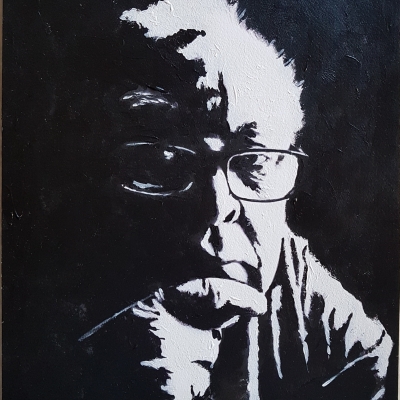 Naomi is Mike's first venture into publishing, soon to be followed by The Poseidon Files is Mike’s debut novel in which climate change and the supernatural play major roles. His primary character is artist and psychic Naomi Richards who lives in Liverpool and who accidentally finds herself in the centre of an international conspiracy.
Until recently he was a journalist with the Liverpool Daily Post on Merseyside as well as the journalists’ leader in the region. I have spent a lifetime in journalism, and among the news organisations I have worked for are Reuters, the Daily Mail and News International, with experience as a crime reporter, feature writer, business editor and latterly, as a senior sub-editor.
His qualifications include a BA (Hons) English, from the University of Liverpool; a BA (Hons) Fine Art and an MA in Creative Practice both from Liverpool Hope University.

This is a story about conspiracies: A top-secret military plot which threatens humanity and another plot to leak the secret to the world. But it all backfires and two women find themselves in the centre of intrigue and menace.
The Streets of Liverpool and the picturesque village of Llanberis in Snowdonia, as well as the mountain itself, also play an atmospheric part in a tale of murder and deceit where the supernatural also plays a part.
A gripping supernatural thriller that will captivate you to the very last page.

Naomi is a short story of just under 5,000 words which introduces readers to the primary character in both my novels, the first of which, a thriller called The Poseidon Files, is to be published shortly.
Naomi is an artist and a psychic, and she tells a spooky tale in narrative form. As part of the story she introduces readers to her world, (the streets of Liverpool) in the same way as Robert Galbraith (aka Joanne Rowling) describes the streets of London in her Cormoran Strike detective stories.