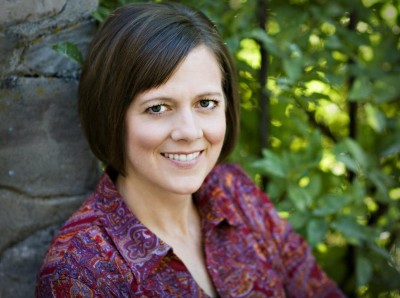 Lois Brown’s love of all things fantastical began at an early age when her five older brothers made her watch television shows such as “Dr. Who” and “Lost in Space.” (Yes, the originals.) Her passion for science fiction continued when, at age 12, she spent an entire summer buying “Star Wars: Return of the Jedi” collector cards. Now she likes to write her own books that spark the imagination. Her first novel, CYCLES, was a top 5 finalist of The Kindle Book Review’s “Best Indie Books of 2012.” She has recently appeared on televisions shows such as "Montezuma's Treasure" aired on the History Channel 2 in connection with her latest release, ROBBED OF SOUL

As a newborn, Martin is orphaned in a car wreck during a bizarre San Fransisco snowstorm. His survival that day is heralded a miracle, a tragedy, and an anomaly. For years he is shuffled through foster homes and care centers like all the other parent-less, normal children. Yet he is neither, and that is what the world must depend on.

In five different short stories about treasure hunters, author Lois Brown brings the most unlikely of characters together: Ancient Aztec warriors, a card shark named Harry, members of the Ku Klux Klan, Ute Princess Shami, and many more. They all encounter danger; some find riches; and the unluckiest of them die. Get ready for the chilling twists and turns of treasure hunting at its creepiest.

When PTSD-riddled Maria Branson takes the job of police chief in the sleepy town of Kanab, rest and relaxation are the doctor’s orders. She gets neither. Instead, a missing mayor, the spirit of a dead Aztec warrior, and the over-confident-yet-attractive head of Search and Rescue await her in a town whose past has almost as many secrets as her own. As Maria investigates a modern-day murder, she disturbs a world of ancient legends and deadly curses. Yet most lethal of all is Maria’s fear someone will discover just how empty her soul really is.