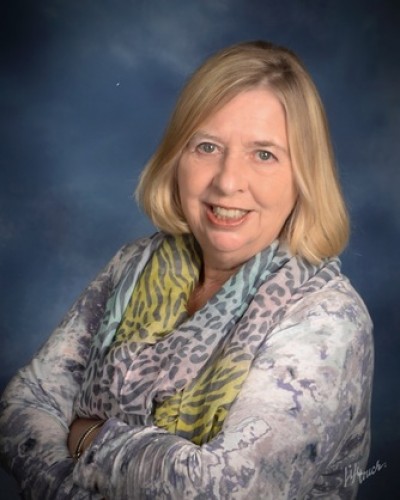 Eileen Enwright Hodgetts is a much traveled writer. Brought up in England and Wales, she has also lived and worked in South Africa and Uganda and now makes her home in Pittsburgh, PA. Her life experiences allow her to use exotic backgrounds for her novels and to understand how an adventure can begin with just one small incident. For ten years she directed a humanitarian mission in East Africa and is also involved in a Ugandan Coffee Farm. Much of her writing reveals not only her great fondness for the British Isles, but also her British sense of humor which still sees the funny side of most situations.

In addition to writing novels, Eileen Enwright Hodgetts is also an accomplished playwright with a number of national awards to her credit. Her novel, Whirlpool, began life as a stage musical about a free-spirited woman and her desire to go over Niagara Falls in a barrel. The musical played at the Niagara Falls Convention Center in Niagara Falls, New York. In 1993 the Mayor of Niagara Falls, NY, proclaimed the summer of 1993 as Whirlpool Theater Days in honor of the production.

AFRIC is a realistic novel based on the author's personal experiences and observaions from 36 visits to Uganda over the past 12 years. The story is a drama ripped from today's headlines with an appealing heroine, and a cast of colorful but realistic characters. It is also eye-opening look at the realities of life and death in modern Africa and the role that the USA plays behind the scenes in African politics.

The discovery of King Arthur's sword Excalibur is the starting point of Excalibur Rising a new fantasy series. Books One, Two and Three are now available and Book Four is well under way.


When she is not writing novels, or staging plays, she is exploring the art of cheesemaking. Find her blog at eileenenwrighthodgetts.com

What would Athelstane do if he found Excalibur? Keep it, sell it, or return it to Arthur...and start a war? That's assuming he wasn't persuaded to part with it by a beautiful woman in a dazzling blue dress...not of this world. But to experience such an exquisite love he must first find Excalibur.

"And other sheep that are not of this fold: them also I must bring."

A Short Story for a Starry Night.
When lights blossom on Tanners Mountain, three women find hope in the last place they would expect.

While in a coma in Pittsburgh, Lizbeth retrieves a childhood memory. It leads to her own kidnapping and a wild chase across modern-day England and Wales in the company of a reluctant American doctor. In a tiny village in western England, a deluded old man dreams of becoming a king. In a London apartment an old lady, born in the days of the Czars, maintains a guilty secret of tainted royal blood. The Serbian Solution is a thrilling tale of adventure and romance culminating in a desperate final voyage into the Atlantic Ocean as a group of old soldiers tries to fulfill an oath made in World War II; to restore a king to his throne.