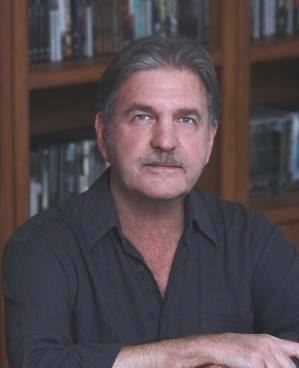 Award-winning author James M. Corkill is a Veteran, and retired Federal Firefighter from Washington State, USA. He was an electronic technician and studied mechanical engineering in his spare time before eventually becoming a firefighter for 32-years and retiring. He has since settled into the Appalachian Mountains of western North Carolina, and has a fantastic view from his writing desk.
He began writing in 1997, and was fortunate to meet a famous horror writer named Hugh B. Cave, who became his mentor. In 2002, he rushed to self-published a dozen copies of Dead Energy so his wife could see his book published before she was taken by cancer. When his soul mate was gone, he stopped writing and began drinking heavily.
His favorite quote. “When you wake up in the morning, you never know where the day will take you.”
In 2013, he met a stranger who recognized his name and had enjoyed an old copy of Dead Energy, except for the ending. When she encouraged him to start writing again, he realized this chance meeting was just what he needed to hear at the right moment. He quit drinking and began the rewrite of Dead Energy into The Alex Cave Series, and thankful for that fateful encounter.

Geologist Alex Cave sees a flash of light from an oil tanker and changes course to help. He discovers there was no explosion, no one on board, and the oil has mysteriously vanished without a trace. His only clue is a dollar-size crystal found in the hold of an empty oil tanker,
Sudden freezing temperatures cause weather patterns to change for the worse and threaten a catastrophe that will affect the entire world. Alex leads a small group of volunteers in a desperate attempt to remedy the situation
The Yellowstone super volcano is about to erupt. Alex discovers a piece of alien technology on one of the Aleutian Islands, but before he can take it to a safe location, it is stolen and taken to a private top-secret research facility south of Yellowstone National Park.