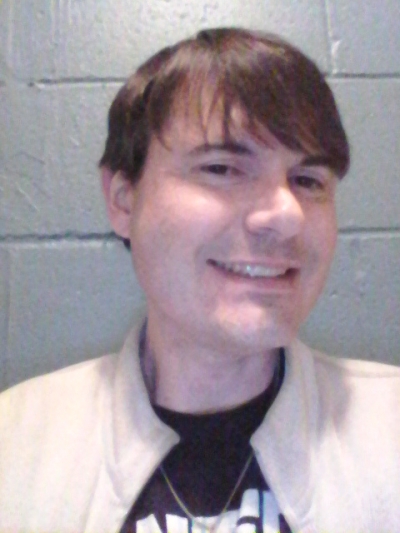 Veteran entertainment journalist Michael Beaulieu’s first novel Reckoning Daze was #1 on Amazon’s best-selling satire chart. Like the book’s protagonist, it was written when Michael was an anorexic living in Los Angeles. More recently, Michael published the first four volumes of his young adult, urban fantasy series Book of Shadows. It’s the story of three 16-year-old girls who form a coven after finding the lead character’s late great-grandmother’s spellbook, also known as a book of shadows. Michael again drew from personal experience in writing Book of Shadows, being that he’s a Wiccan residing in the book’s Lowell, Massachusetts setting. To that end, many of the spells in the series are based on real-life witchcraft. Aside from writing books, Michael regularly interviews rock stars and authors for his pop culture site Love is Pop, www.loveispop.com. Currently, Michael is working on the fifth and final volume of Book of Shadows. If you’d like to be among the first to hear about Michael’s books, head over to his website and subscribe to his newsletter at www.michaelbeaulieu.com.

18-year-old soap star Laurie St-Germain hates it when she signs an autograph and the fan gets bent out of shape because she signed her own name and not that of her annoying character Sandra “Sandy” Lemonde. That’s because she's eager to move onto other things. Bigger things. Like making music and movies – just like her idol, Madonna! This hilarious satire is Michael Beaulieu's lost novel from 1998, which remains the book's pop culture-infused setting.

“An actress is always a starving artist,” says Lindsay Harmon-Foster, a struggling L.A. actress in Reckoning Daze. Lindsay, 19, a former star of a canceled series, is doing a pilot that might prove to be the role of a lifetime, but her anorexia and other habits could kill her before she’s cast for the full series. She has long been self-destructive, but never more so than now, making her a threat to herself. Aside from losing the show she loved, she thought she had found her soulmate in a rising singer named Jesse, but he committed suicide and she blames herself. Will she land the new series and allow herself to find love again or will addictions – and suppressed family secrets – make her die hard? A mix of drama and satire in the vein of Bret Easton Ellis.


Book of Shadows 4: In Memoriam

After Book of Shadows 3's battle with an evil witch who wanted to steal their magick, 16-year-old witches Emma, Lia, and Shar believe the worst is over. Until they soon discover that many students at their new school hate them for the shooting at their last school where they killed their attackers in self-defense.

Meanwhile, Emma feels like she’s losing her mind as her thoughts turn dark. It could be that it’s the black magick she absorbed in book 3 or something more sinister.

In Memoriam takes place during the days leading to a memorial for a friend who met an untimely death. Emma and company are worried that they’ll be blamed – since it happened while she was helping them – until they receive signs that something far worse is about to happen.

Emma, Lia and Shar are back with new spells and new adventures!

Unfortunately, there are plenty of new threats looming around every corner. For starters, detectives are threatening to lock them up for manslaughter, following the shocking climax of the book 1, this even though they acted in self-defense. Meanwhile, Emma has another visit with her late great-grandmother, Ruth and learns that witch hunters have been hired to kill her and her friends. The next thing the girls know, an ominous package arrives for Emma containing something horrifying, which will threaten their very lives and sanity.

Will the girls be arrested for defending themselves in the end of book 1? What will the mysterious package do to Emma, Lia and Shar? Read BoS 2 today and find out!

16-year-old witches Emma, Lia and Shar can’t catch a lucky break. The coven’s spells tend to have unintended side-effects, they’ve been the victims of hate crimes, and now witch hunters are on a mission to capture them. Witch hunters who are working with a powerful black magick witch hellbent on killing the girls so she can steal their magick.

Of course, the hunters have to catch them first and these girls have plenty of tricks up their sleeves. Like becoming hunters themselves instead of just prey.

First, the girls will need to find out where the evil witch and company sleep. To do that – and to defeat them – the girls will call on all of their friends, including Emma’s powerful witch boyfriend, a fireball-hurling fairy and an advanced hacker. But will they triumph?

What would you do if you found your late grandmother’s book of shadows – a witch’s spell book and journal – and learned that you’re a natural born witch? You’d try one of the spells, of course, and that’s exactly what 16-year-old Emma McGlinchey does. To her amazement, the candle lighting spell she picks actually works. Naturally, she has to recruit best friends Lia and Shar into starting a coven. Soon the girls cast a spell to make everyone like them at the private high school they’re being forced to attend for the first time. Unfortunately, it fails to make an impression on a group of zealots who set about bullying Lia and Shar for being an out lesbian couple. Meanwhile, a love spell they cast for Emma gets the boy of her dreams to ask her out, but so does someone else...